French investigators, on Monday, said that they have detained a man suspected of supplying materials used to develop chemical weapons. 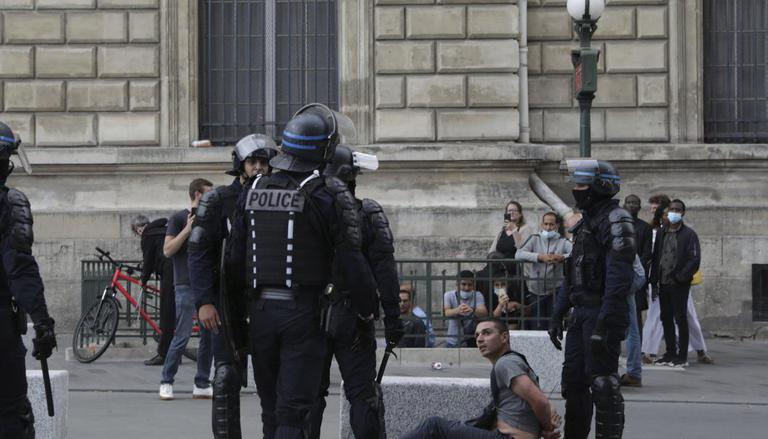 
French investigators, on Monday, said that they have detained a man suspected of supplying materials used to develop chemical weapons. The man, who had dual citizenship in both France and Syria, was arrested in the southern part of the country while he was on a vacation with his family, a French judicial official said, as per AP reports. Citing security reasons, the police did not reveal the identity of the suspect but said that he is currently detained on preliminary charges of the complicity of war crimes and crimes against humanity.

The latest arrest come as a part of France’s bolstered crackdown on terrorism under the Emmanuel Macron regime. Meanwhile, an official related to the case said that the suspect might have used a transport company in France and the United Arab Emirates to supply materials to Syria, violating an international embargo, as per AP. As of now, the law enforcers haven’t laid bare the details of the case including the material that he was smuggling to the war-torn nation.

Syria has been battered by civil war for over a decade now. The Bashar al-Assad regime, meanwhile, has been accused of using toxic gas and nerve agents to crush the rebellions. Since its beginning in 2011, the Syrian Civil War has left more than 3,80,000 people dead (till December 2020), obliterated historically significant cities, and left millions of others homeless.

Last year in October, an armed man with a 12-inch-long knife stabbed people praying inside the Basilica of Notre-Dam in Nice at  8.29 AM (local time). The man reportedly slit the throat of a 60-year-old woman, a church worker, and also left a woman severely injured. While the 60-year-old woman and the church worker reportedly died on the spot, the other 44-year-old woman managed to get out of the church. However, she later succumbed to her wounds in the nearby cafe.

In November 2015, nine gunmen and suicide bombers struck within minutes of each other at the National Soccer Stadium, Bataclan concert, and Paris restaurants, and cafes. A total of 20 men, all linked to the Islamist State (ISIS), have been accused but six out of them would be tried in absentia. The country remains on its highest terror alert following massacres on its territory carried out by Islamist radicals from 2015 and also a series of attacks in late 2020.