Notre Dame cathedral which caught fire on April 16, 2019, is being transformed into "Disney's woke theme park," according to the critics. 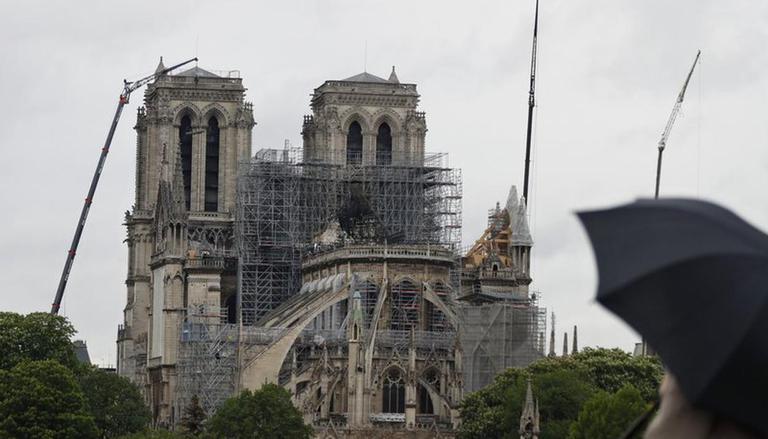 
Notre Dame cathedral which caught fire on April 16, 2019, is being transformed into "Disney's woke theme park," according to the critics. French President Emmanuel Macron has announced that the church is scheduled to reopen in 2024. As per the reports of the Telegraph, several critics have warned that plans to drastically alter the interior of the medieval cathedral and icon of Paris will turn it into an "experimental showroom."

Confessional boxes, altars, and classical statues will be replaced with fashionable art murals, as well as music and lighting effects. Visitors will be guided through numerous chapels on a discovery trail, with an emphasis on Africa and Asia, and scripture in multiple languages, including Mandarin, will be projected onto the walls, according to Sputnik.

Maurice Culot, a renowned Parisian architect stated that it seems as if Disney were infiltrating Notre Dame. He further said that what they want to do to Notre Dame would never be done to Westminster Abbey or Saint Peter's Basilica in Rome. He also thinks that it is like a theme park, and it's quite infantile and petty.

A senior source, according to Sputnik stated that the remodelling proposals threaten to turn Notre Dame into an experimental showcase that would mutilate the church. The source also stated that this is a case of political correctness gone berserk as they want to turn Notre Dame into a one-of-a-kind liturgical showcase when it should be a monument where even the tiniest modification should be handled with extreme caution.

When Notre Dame's crumbling tower caught fire on April 15, 2019, it was nearly completely destroyed by an inferno. The roof and spire are being restored, but the new plans would drastically alter portions of the cathedral that were previously unaffected. More than £700 million was contributed to the repair works as a result of the outpouring of grief following the fire, according to Sputnik. In 2024, the year Paris hosts the Olympics, President Emmanuel Macron has set a goal of bringing visitors back inside.

Renovations will bring the cathedral into the twenty-first century

Archbishop of Paris Michel Aupetit said in June that the interior renovations will bring the cathedral into the twenty-first century while keeping its unique identity in the spirit of the Christian tradition, according to Sputnik. He also said that those designs were geared toward the future rather than the past.