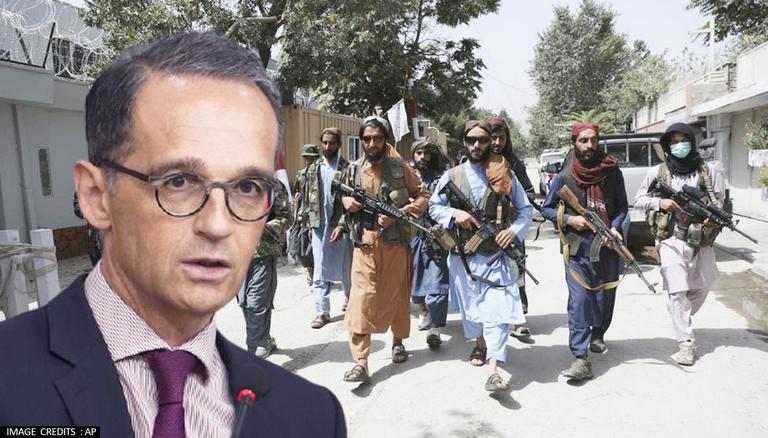 
German Foreign Minister Heiko Maas said, on 31 August, that he saw “no way around” talking with the Taliban following their Afghanistan takeover.

Speaking at a press conference in Doha, Maas said, “I personally believe there is absolutely no way around having talks with the Taliban”. His comments come after German Chancellor Angela Merkel said that it is critical to communicate with the militant group in order to evacuate additional Afghans from the country.

According to previous reports, Germany had stayed out of discussions about evacuating Afghans who supported Germany's Bundeswehr. However, the German government has informed that diplomats will remain in touch with the Taliban in Qatar. Germany has established direct communication with German nationals who have been left behind in Afghanistan in order to facilitate an "organised exit" from the war-torn country. Notably, on 27 August, Germany ceased all evacuation flights from Afghanistan.

The German troops extricated nearly 4,000 Afghans and 500 German nationals from the war-torn country before calling off the evacuation mission on Thursday. Meanwhile, earlier this week, Maas secured Uzbekistan's support, needed for further extractions. He informed that Uzbekistan has agreed to open borders to intake refugees and provide temporary humanitarian support. The German foreign minister, on 30 August, had mentioned that his prime agenda is to remove leftover German nationals, local Afghan staff, and threatened citizens from the war-torn country.

"Uzbekistan is prepared to help us with this group of people," German Foreign Minister Heiko Maas said at a press conference.

As a part of the large-scale migrant rescue operation, Germany has planned to take in another 40,000 people from Afghanistan. Germany had urged the Uzbekistan government to allow Afghan asylum seekers access to its land borders, to which it agreed. Sharing the news, Maas informed that Uzbekistan is willing to provide the required support to "this group of people." However, Maas informed through a tweet that the decision on the refugee movement from Uzbekistan to Germany is still a subject of negotiations. Additionally, he promised "economic and humanitarian assistance" to countries sharing land borders with Afghanistan provided that they ensure safe passage for the refugees.