A group of young people entered the third week of hunger strike in Berlin to protest against German political parties’ inaction to tackle climate change. 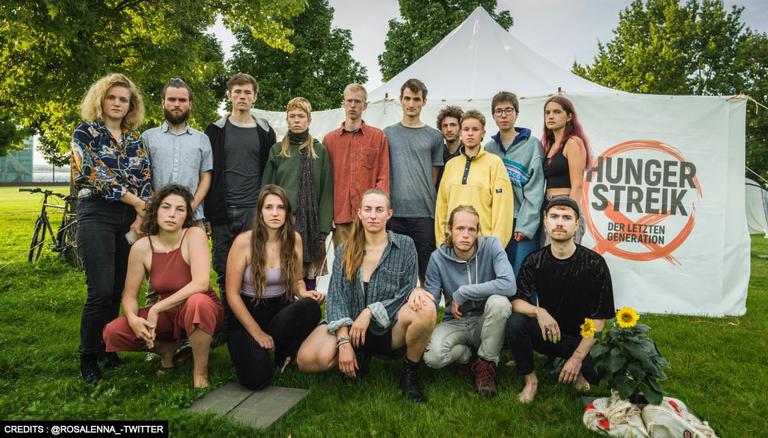 
A group of young people has entered the third week of hunger strike in Berlin to protest against German political parties’ inaction to tackle climate change. The demonstrators between the age of 18 and 27 have pledged to continue the strike until all three candidates vying to replace Chancellor Angela Merkel agree to meet with them. As per the BBC report, the atmosphere among the tents and hand-painted banners near German Chancellery in Berlin was subdued. Notably, the six young people who have been on hunger strike for over a fortnight have said that they’re feeling weak.

The oldest protester who is on hunger strike for climate change is 27-year-old Jacob Heinze. As per the report, he spoke with the outlet slowly, and it was evident that he was ‘struggling to concentrate. He said that he was afraid of the consequences of his “indefinite hunger strike” but noted that his fear of climate change is even greater. Heinze was quoted by the media outlet saying, “I already told my parents and my friends there's a chance I'm not going to see them again.”

While elaborating on the indefinite hunger strike, the 27-year-old said that the youth is doing the same because the governments are “failing to save the young generation from a future which is beyond imagination. Which is horrific.” He also said that the people are going to face a “war” over resources such as water, food and even land. Heinze noted that it is an existing reality for “many” across the globe.

Germany’s general election is less than two weeks away. Heinze and his fellow protesters are demanding that the three leading candidates should come and talk to them. With climate change being one of the most significant issues in the country, pressure has mounted on German politicians due to mass protests of young climate change activists in recent years. Public concerns have further elevated because of the summer’s deadly floods in Western Germany. However, even the Green party has failed to propose essential measures to address climate change.

As per The Associated Press, surveys have revealed that climate change is among the top concerns fr many voters in Germany. The Greens have long championed the fight against global warming as the Germans ready to vote for the new Chancellor on September 26.