The international conference in The Hague has demanded an unconditional apology from Pakistan to the Bangladeshi community over the 1971 genocide. 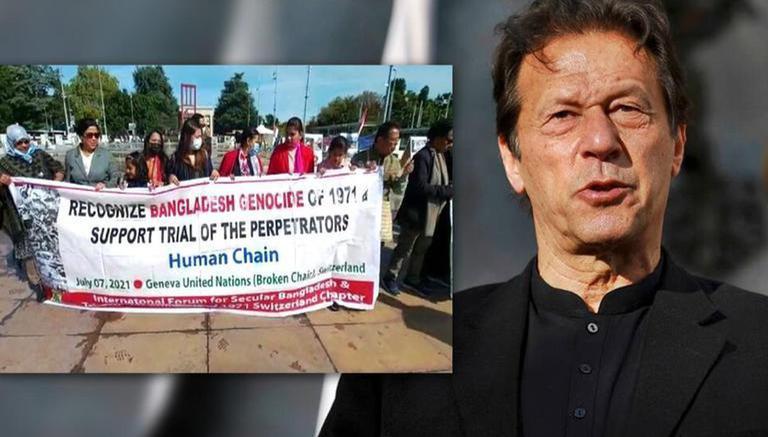 
The international conference in The Hague has demanded an unconditional apology from Pakistan to the Bangladeshi community over the 1971 genocide which was committed by Pakistani soldiers. The conference in The Hague, also known as the city of justice, urged the global community to not only recognise the atrocities that took place 50 years ago but also to pressurise Islamabad to offer an apology to Bangladeshis.

During the nine-month-long liberation war in Bangladesh, crimes against humanity were committed by Pakistani soldiers. In the conference organised by the Europe-based Bangladeshi diaspora organisation, European Bangladesh Forum (EBF) in collaboration with Switzerland Human Rights Commission Bangladesh on Tuesday at the Nieuwspoort, the international Perscentrum (attached to parliament building) in The Hague.

It is also pertinent to note that The Hague conference was the follow-up of the Geneva conference held on the same issue on September 30 at the Geneva Press Club in Switzerland. A documentary titled ‘War Crimes 1971’ was screened at the start of the conference. It shall be recalled that in 1971, the Pakistani military and their local collaborators committed one of the worst mass atrocities that the world witnessed in the 20th century.

In those months, the Pakistani occupation army killed around 3 million people and violated rights of over two hundred thousand girls and women. The atrocities also forced around 10 million people to flee the country and take shelter in India. It is also pertinent to note that the number of people killed by the Pakistani army is the highest in such a short period of time. Even 50 years ago, the 1971 genocide by the Pakistan Army was reported in the international media and was discussed in diplomatic engagements at the time.

In the recent conference in The Hague, the speakers said that the international recognition of any crime against humanity is essential. They opined that it is necessary to show respect and honour to the three million victims and their family members by recognising the 1971 genocide in Bangladesh. The speakers also argued that if the world community does not recognise a crime as a crime, it is instead opening the doors for the atrocities to happen again which is happening in Balochistan, Afghanistan and other parts of the region.

A number of experts with a global reputation of working on the genocide from the UK, Hong Kong, Netherlands, Belgium, Finland, Canada among other nations took part in the discussion. Former envoys and members of the Genocide victim family also participated. Speaking through a video call from Canada, former Canadian Ambassador in Afghanistan & former Minister of Canada Christopher A. Alexander, PC said, “1971 was not just a tragedy for Bangladesh, it led the Pakistani Army to refocus its efforts away from conventional warfare and towards regular war".

He added, "The ISI policy has been ignored for far too long and some have denied it, some have fallen victim to disinformation, some have been lobbied to turn a blind eye, but those days are ending." Additionally, Bangladesh ambassador in the Netherlands M Riaz Hamidullah said, “The first step is to understand what we are here for and because we live in a world of competitive issues we have to come to the point where we say, how much, and how far we can go.”