Italy, which is currently witnessing a sharp rise in ICU admissions, has announced that it will purchase the UK- approved anti-viral drug for COVID treatment. 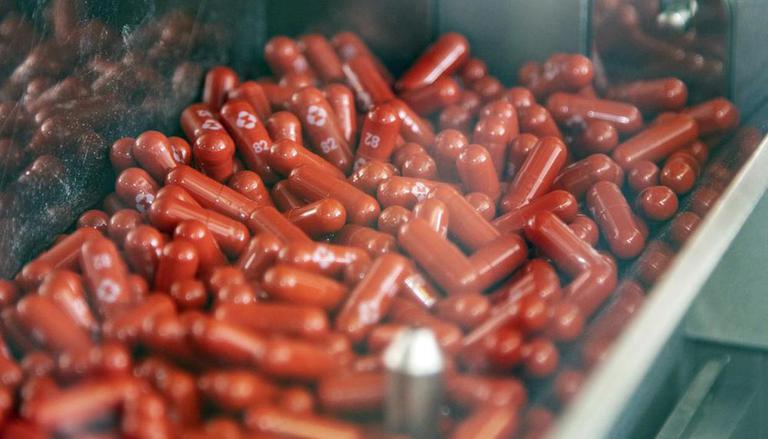 
Italy, which is currently witnessing a sharp rise in ICU admissions, has announced that it will purchase the UK- approved anti-viral drug, Molnupiravir, for the treatment of COVID. On Friday, Coordinator of the Italian Scientific and Technical Committee on Vaccination Franco Locatelli announced the administration’s decision to purchase “sufficient quantities” of Molnupiravir.

“Aifa (country’s drug regulator) has already made efforts to procure sufficient quantities of this anti-viral drug for COVID approved in the UK”, Locatelli told a press conference adding that it would bolster Italy’s fight against the disease.

Developed by US-based Merck and Ridgeback Biotherapeutics, Molnupiravir is an antiviral drug that inhibits the replication of certain RNA viruses. On Thursday, UK’s Medicines and Healthcare products Regulatory Agency (MHRA) gave a green light to the usage of oral pills. Citing data from clinical tests, it recommended the use of Molnupiravir within five days of the onset of COVID symptoms.

Meanwhile, Italy is witnessing a continuous increase in coronavirus patients. The latest data from the Italian health department also showed a dramatic surge in ICU patients. According to data presented by Gimbe foundation for evidence-based medicine on Thursday, COVID patients in ICU increased by 12.9 % between October 27 and November 2. Meanwhile, the overall coronavirus caseload rose to 4,795,465 with over 132,334 deaths.

On 4 November 2021, Britain became the very first country in the world to give a nod to the oral antiviral medicine developed by Merck and Ridgeback Biotherapeutics. The drug has been authorised for the treatment of persons aged 18 and above who have mild-to-moderate COVID-19 and at least one risk factor for developing severe illness. The risk factors can include obesity, heart disease or diabetes.

As per an AP report, the pill may be taken twice a day for five consecutive days, although it isn't yet clear as to when the pill will be available for treatment. Robert M. Davis, Chief Executive Officer and president, Merck, said that the first global authorisation of the Molnupiravir drug can be termed as a breakthrough move in addressing the world’s greatest health challenge.