Danish Defense dispatched Absalon, one of their top-of-the-line and pollution control vessel ship Gunnar Thorson to conduct monitoring at the exclusion zones. 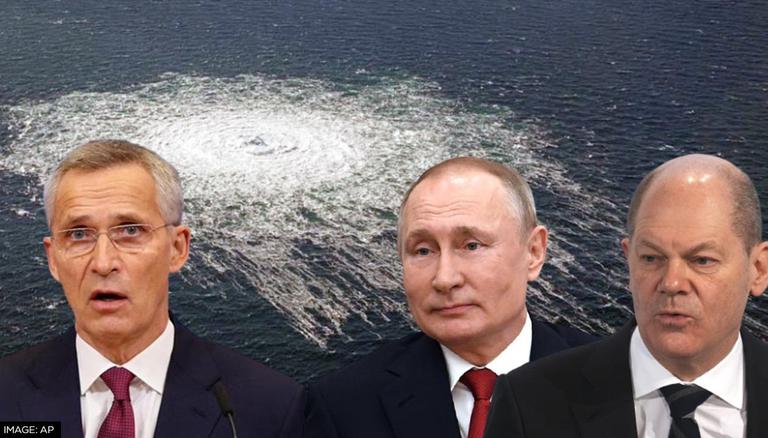 
Western military Alliance NATO on Tuesday claimed that it is carefully monitoring the situation in the Baltic Sea after the mysterious explosions in Nord Stream pipelines that transported gas to Germany from Russia. "NATO is monitoring the situation in the Baltic Sea closely," the NATO official told Newsweek magazine. "Allies are looking into the gas leaks and exchanging information, also with Finland and Sweden," the said official added, speaking on condition of anonymity.

The powerful blasts likeness to an earthquake destroyed Europe's main pipeline, producing major explosive gas leaks in all three of the underwater pipes. Plumes of gas bubbles were seen spread on the surface of the Baltic Sea by the Royal Danish Army's F-16 pilots during the surveillance.

“These are deliberate actions, not an accident,” Danish Prime Minister Mette Frederiksen said in the Danish press.“The situation is as serious as it gets.”

Danish Defense dispatched Absalon, one of their top-of-the-line and pollution control vessel ship Gunnar Thorson to conduct monitoring at the exclusion zones. It is also supporting the situation with the helicopter capacity to maintain two leaks in the northeast of Bornholm, the second leak at Nord Stream 2 to the south of Dueodde. Denmark established the prohibition zones around the leaks for the sake of the safety of ships and air traffic.

READ | Shut down of Nord Stream is a further step in economic war against Europe, says experts 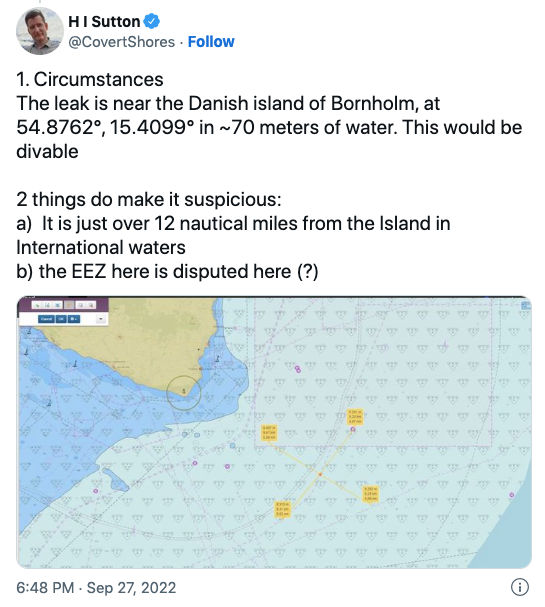 'Not a natural occurrence or material fatigue': Germany

Europe has ordered a probe after Germany, Denmark and Sweden reported the incident in the Baltic Sea. German Economy Minister Robert Habeck stated that the accident does not look like it was caused due to "natural occurrences or events or material fatigue." Danish Energy Agency and Swedish Maritime Authority stated that there was a sudden plunge of pressure in the pipelines that ran across the island of Bornholm in the Baltic Sea.

"It is very clear from the seismic record that these are blasts," Björn Lund‬, director of the Swedish National Seismic Network at Uppsala University said in an interview with NPR later. "These are not earthquakes; they are not landslides underwater," he ascertained. Europe declared that the explosions appear to be an act of sabotage, ad it would be nearly impossible for the hard concrete-covered steel pipes to burst on their own.  US Secretary of State Antony Blinken, in turn, acknowledged that the incident may be deliberate, as he said, "If it is confirmed, that's clearly in no one's interest."