Head of Poland’s ruling party Jarosław Kaczyński has said that Germany is trying to turn the European Union into a federal “German Fourth Reich.” 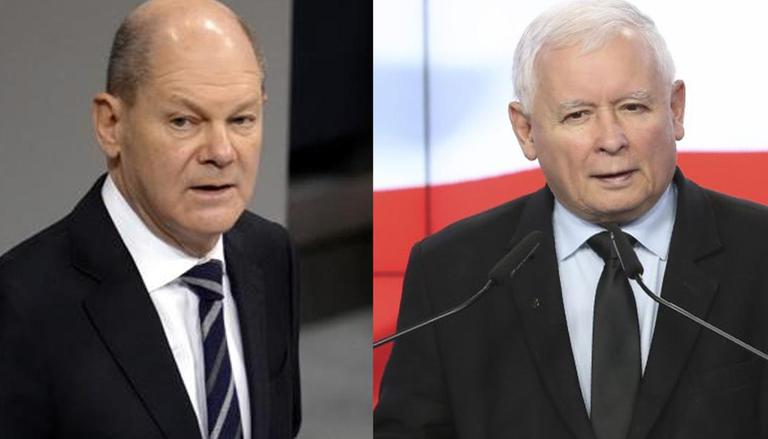 
Head of Poland’s ruling party Jarosław Kaczyński has said that Germany is trying to turn the European Union into a federal “German Fourth Reich.” Kaczyński, who also serves as Poland’s Deputy Prime Minister, on Friday said that his compatriots were opposed to what he said was “modern-day submission” to the bloc's largest economy, Germany. The term ‘Fourth Reich’ is a hypothetical Nazi Reich that is the successor to Adolf Hitler's Third Reich. Additionally, it also suggests the resurgence of Nazi ideas.

Earlier this week, the 27 member bloc said that it was launching legal action against Poland for ignoring EU law and also undermining judicial independence. The move was strongly denounced by Warsaw with Polish PM saying Mateusz Morawiecki labelled it as bureaucratic centralism” that needs to be stopped. Meanwhile, speaking to polish daily GPC, the head of the Law and Justice Party (PiS) said that some countries were not enthusiastic at the prospect of a “German Fourth Reich” being built on the basis of the European Union.

“If we Poles agreed with this kind of modern-day submission we would be degraded in different ways,” said Kaczyński. He added that the European court of justice was being used as an “instrument” for federalist ideas, as reported by The Guardian.

In October, Poland’s Constitutional Tribunal ruled against the primacy of EU laws over the country’s legislation in certain judicial matters. In addendum, it also declared some of the bloc’s treaties as being “incompatible” with the country’s constitution. The declaration was quick to catch the attention of the European Commission, which threatened action against it. Meanwhile, it also triggered fear of what is now being dubbed as ‘Polexit’ amongst other members of the bloc. The term Polesxit, inspired by Brexit represents Poland's exit from European Union.

READ | Poland: People march outside presidential palace over media bill; What is the law about?

Late on Friday, Foreign ministers of both Germany and France rebuked Poland saying that “EU membership relied upon "complete and unconditional adherence to common values and rules" and this was "not simply a moral commitment. It is also a legal commitment". French foreign minister Jean-Yves Le Drian announced that Poland’s exit was now a “de facto risk”.

WE RECOMMEND
Poland & Lithuania join Ukraine in urging stronger sanctions on Russia amid troop buildup
South Korea & Poland to collaborate on construction of new airport hub near Warsaw
Poland PM urges NATO to 'wake up' against Russia's intent to destabilise region: Reports
With vaccine resistance high, Poland faces surge of deaths
Poland: People march outside presidential palace over media bill; What is the law about?