Multinational Ukrainian-American military exercise, Rapid Trident 2021, kicked off in Western Ukraine. Around 6,000 troops will participate in the exercise. 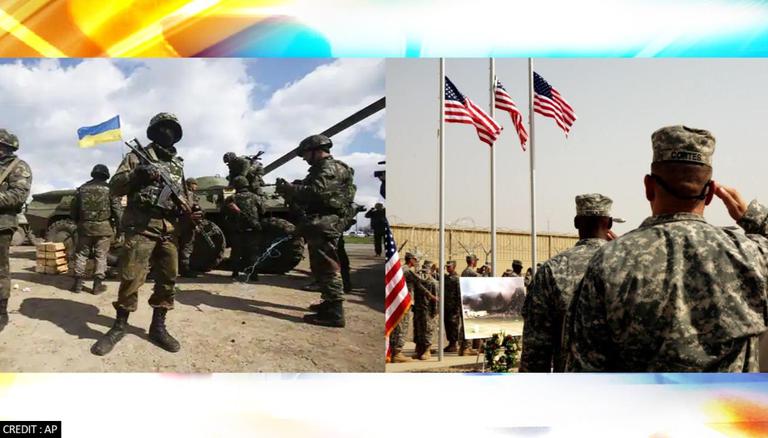 
Multinational Ukrainian-American military exercise Rapid Trident 2021 kicked off in the Lviv region on Monday, September 20. The opening ceremony of the Rapid Trident 2021 was attended by representatives of the Command of the Land Forces of the Armed Forces of Ukraine, Operational Command "East", representatives of the US Armed Forces and partner countries, according to the press service of the Ministry of Defense of Ukraine. The military personnel from 15 countries will participate in this year's exercise.

The opening ceremony of the multinational Ukrainian-American military drills was held in western Ukraine on Monday, September 20, according to the Associated Press. Around 6,000 military personnel from 15 countries are participating in the military exercise between September 20 and October 1. Alongside the forces of the countries of Ukraine and the US, the military personnel from other countries like Bulgaria, Canada, Georgia, Germany, the United Kingdom, Italy, Jordan, Moldova, Pakistan, and Poland. In addition, the personnel of the Lithuanian-Polish-Ukrainian brigade will take part in the Rapid Trident 2021 exercise, according to the press service of the Ministry of Defence of Ukraine.

In a tweet, the Information Agency of the Ministry of Defense wrote, "Ukrainian-American exercises Rapid Trident - 2021 started in Lviv region[sic]."

US serviceman David Cornigen stated that a brigade combat team of the Washington National Guard, which has been deployed in Ukraine since April was involved in the drill. Ukrainian Army Brigadier General and head of exercises Rapid Trident 2021 stated that exercises are an "important step towards Ukraine's European integration," according to the press service of the Ministry of Defence of Ukraine. He added that through these exercises, the operational capabilities of the troops will be strengthened, and the level of interoperability between units and headquarters of the Armed Forces of Ukraine, the United States and NATO partners will be improved. He thanked all the participants and international partners for their contribution to strengthening the capability of the Ukrainian forces.