Romania’s centre-right coalition government on Tuesday, 5 October, collapsed after it lost a no-confidence vote initiated by the main opposition PSD. 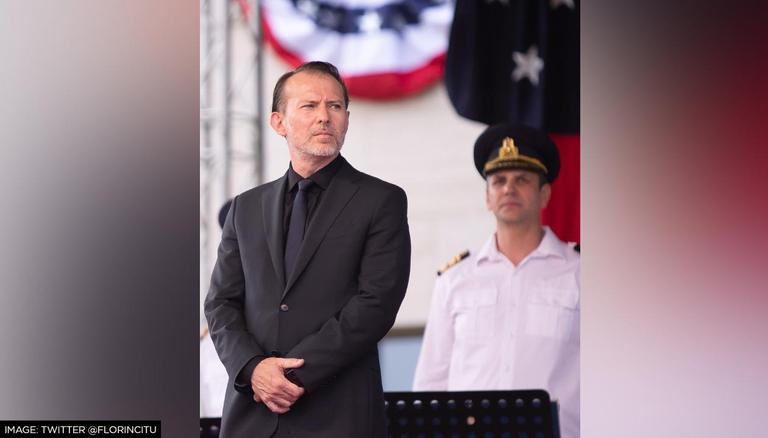 
Romania’s centre-right coalition government on Tuesday, 5 October, collapsed after it lost a no-confidence vote initiated by the main opposition Social Democratic Party (PSD) and supported by all opposition parties in Parliament. According to Politico, the governing administration led by Prime Minister Florin Cîțu lost the motion initiated by PSD, joined by the far-right Alliance for the Unity of Romanians (AUR) and the Union to Save Romania (USR, formerly known as USR-PLUS). The motion was passed by 281 votes, which is much more than the required minimum of 234.

According to reports, PM Florin Cîțu’s administration was toppled 10 days after he was elected leader of the ruling National Liberal Party (PNL) and less than 10 months after his cabinet took office in December 2020. Now, as per Romania’s constitution, the government collapse will lead to early elections. But the current cabinet shall continue to fulfil only the acts required for the administration of public affairs until members of a new government take the oath, Ludovic Orban, speaker of the Chamber of Deputies, reportedly said.

The opposition PSD has demanded an election as soon as possible. It is worth mentioning that the coalition government broke down last month after the reformist USR pulled its ministers from the Cabinet due to disagreements over a local development spending plan and justice reforms. Now, Dacian Cioloş, who was recently named the new leader of USR, will make a bid to replace Cîțu. However, because of the party’s junior status, the party members have said that they would accept a prime ministerial nomination from PNL.

READ | Romania: Fire breaks out at hospital in Constanta; at least 9 people dead

Meanwhile, the political crisis in Romania comes amid a surge in energy prices, which has generated inflation and fears about the cost of living. Additionally, a deadly fourth wave of the coronavirus pandemic has hit the nation as well. According to reports, the country’s health care system is unable to cope with the demand for intensive care beds as only around a third of adults have received the COVID-19 vaccine. The officials have said that they consider making a formal request for other nations to take COVID positive patients.

Following a fresh surge in COVID-19 cases in European Union nations, Romania even revised its restrictions in the hope to combat the situation. However, the rules were met with criticism from far-right citizens. Last week, over 5,000 protestors took to the streets of the Romanian capital Bucharest to demonstrate against the newly implemented protocols.

WE RECOMMEND
Romania: Over 5,000 far-right protestors rally against COVID restrictions in Bucharest
Romania: Fire breaks out at hospital in Constanta; at least 9 people dead
Romania lags behind in EU virus vaccinations
Belgium recovers from 2-0 down to beat Bolivia in Davis Cup
Ruud helps Norway take 2-0 lead over Uzbekistan in Davis Cup