"We're not talking about military support, but discussions about shared vision and shared understanding of threats," Afghan NSA said about his Russia visit. 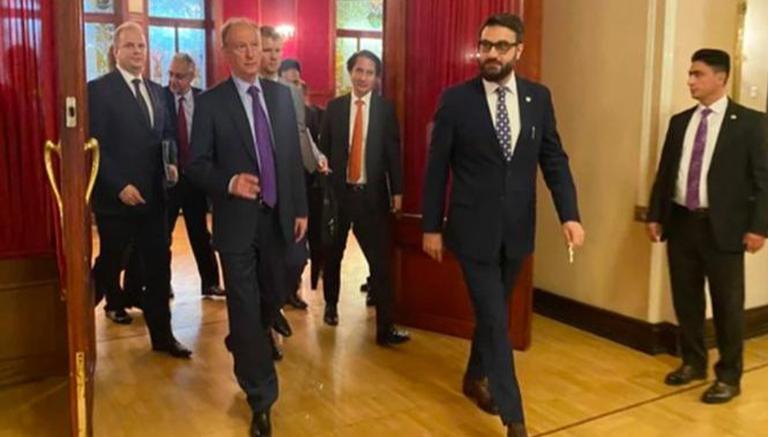 
Russia and Afghanistan talks were aimed at rooting out the mutual threats for the welfare of two nations, rather than the arms supply, National Security Adviser (NSA) Hamdullah Mohib said on Monday, in context to his official visit to the Russian federation. According to the office of National Security Council, the Afghan NSA left for a dialogue with his Russian counterpart Secretary of the Security Council (SCS) of the Russian Federation, Nikolai Patrushev to discuss issues related to the security in wake of the US troops withdrawal from the conflict-ridden nation and not the supplies of the weapons. The two discussed the Afghan peace process, intelligence, and law enforcement cooperation, which includes sharing information as well as technical capabilities.

"We are not talking about military support in that nature, but what we had our discussions about is how do we have a shared vision and shared understanding of the threats that we are all faced with, Afghanistan and the region,” Mohib said in his remarks, as cited by Moscow’s state-run news agency Sputnik.

"But it does not need to be the kind of support that everybody is thinking about, perhaps. We, in Afghanistan, are not seeking for someone else to intervene,” he continued. 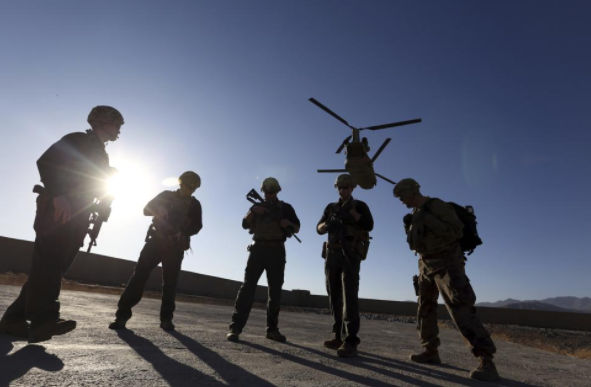 [American soldiers wait on the tarmac in Logar province, Afghanistan. The withdrawal of US troops from Afghanistan is leaving intelligence agencies scrambling for other ways to monitor and stop terrorists. Credit: AP]

A statement released by The Office of National Security Council, meanwhile, read that the Afghanistan NSA intended to discuss issues of mutual interest with Russian security leadership and explore avenues for cooperation around shared interests in dialogue with Afghanistan’s Russian ally in Central Asia. Both nations aim to reach a shared understanding about the common threats confronted by each in talks with Russia’s nationwide safety committee. This includes mutual co-operation between the two countries’ legislation enforcement agencies.

Speaking about the withdrawal of troops by the United States with the reporters, Mohib stated that the US’ pullout offered the federal government the possibility to affix forces with Russia, regional allies, and partners. He mentioned that Moscow’s intervention will help Afghanistan deter extremist risk “in a more collaborative manner”. Separately, the Russian Security Council informed that Nikolai Patrushev and Hamdullah Mohib “focused on the security situation in Afghanistan in light of the withdrawal of Western military contingents and the escalation of the military and political situation in the north of the Islamic Republic of Iran.” 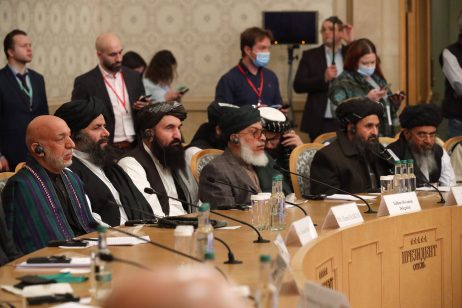 Russia-Afghanistan push for inter-ministerial consultations as US withdraws

Russia has laid focus on the prospects of cooperation between the two nations on matters of peace, counter-terrorism and counter-narcotics, inter-ministerial consultations, and peace negotiations, Office of National Security Council, Afghanistan elaborated in a statement, separately.  The two counterparts agreed that any efforts towards creating the insecure environment “threaten” the interests of Afghanistan, Russia, and Central Asian allies.

The two NSAs reinforced the need for mutual co-operation to work jointly with regional counterparts to achieve the shared security goals. Russia had earlier hosted a peace conference for Afghanistan on March 18, convening a dialogue with government representatives, the Taliban, and international observers in a bid to negotiate for the war-torn country’s stalled peace process.