The meeting to revive the 2015 Iran nuclear deal in Vienna ended within an hour of its resumption, said Mikhail Ulyanov, Russia’s top envoy to Vienna Summit. 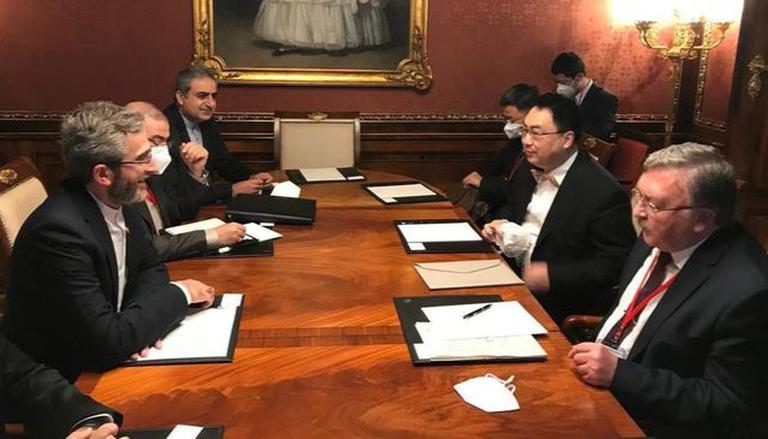 
The meeting to revive the 2015 Iran nuclear deal in Vienna ended within an hour of its resumption, Russia's Permanent Representative to the International Organisations in Vienna, Mikhail Ulyanov tweeted on Thursday. Informing that the Joint Commission meeting, which began following a hiatus of more than five months, was "rather short and construction," the Russian envoy added that the participants observed a number of important commonalities in their positions. He also said that the discussions were in regard to the need to finalise the Vienna Talks on the restoration of the JCPOA "successfully and swiftly."

The meeting of the Joint Commission is over. It was rather short and constructive. The participants observed a number of important commonalities in there positions, including with regard to the need to finalise the #ViennaTalks on restoration of #JCPOA successfully and swiftly. pic.twitter.com/roGjSMPp1i

Notably, the meeting resumed on Thursday in the presence of negotiators from Russia, the UK, Germany, China and France. This came after on December 3 US withdrew from the negotiations, saying that "Iran right now did not seem to be serious about what is necessary." To which Iran's Vienna delegation Advisor, Mohammad Marandi retorted stressing that US' actions reflected a "lack of optimism." It is pertinent to mention that the deal, signed in 2015 between Iran and the aforementioned P5+1, including the US, saw Washington lifting economic sanctions against Tehran and in return, the Islamic Republic agreed to bring down its uranium enrichment programme.

Started my working day by hosting a useful & constructive meeting with top negotiators of Russia & China. Also met with EU's Mora ahead of Joint Commission.
Iran will continue to engage seriously & is determined to reach a good deal that secures our nation's rights & interests. https://t.co/ymT2FtUyLo

In some major developments at December 9 meeting, Iran presented a draft agreement on the restoration of the JCPOA, highlighting two components: withdrawal of US sanctions and the matters or the domestic nukes program, Tass News Agency reported. The participating diplomats also decided to continue discussions on the proposed plans by Iran. As reported by IRNA, Iran's chief negotiator Ali Bagheri Kani also explained the basics of the proposal and emphasised that Tehran is "determined to reach a good deal that secures the rights and interests of the nation."

The meeting also came after European officials last Friday pointed out that Iran was making "unrealistic" demands while advancing its nuclear program. However, Iran's Foreign Ministry spokesperson, Saeed Khatibzadeh, on Monday assured that the officials are willing to be flexible and were "not in a hurry" to reach a resolution. He also added that Tehran awaited the opinion of the world leaders on the two proposals asking to waive off sanctions and another on nuclear issues.

WE RECOMMEND
Tense nuclear talks with Iran to resume Thursday in Vienna
Iran criticises France for 'destabilising' region after Macron signs arms deal with UAE
US warns of additional measures against Iran if troubled talks over nuclear program fail
Iran abandons compromises in latest Vienna nuclear talks; US still 'hopeful' about deal
Iran to resume new round of nuclear talks in Vienna with US, EU & China