With Taliban rule nearing its one month anniversary, protests against the Taliban takeover have erupted across the world. Recently, it occurred in Brussels. 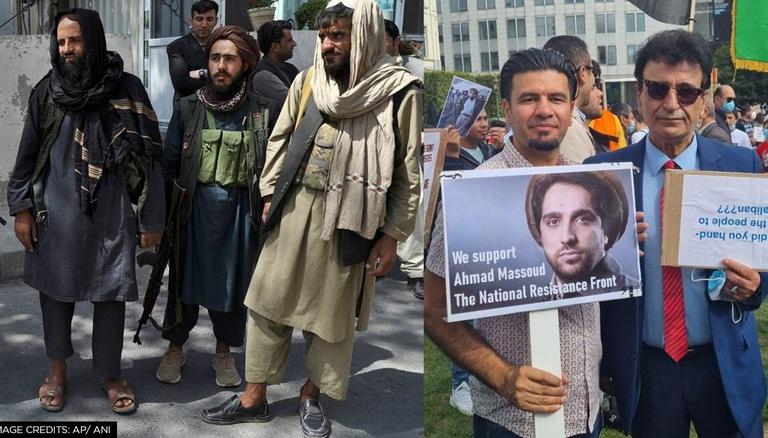 
With Taliban rule nearing its one month anniversary, protests have erupted across the world calling for democracy and human rights in Afghanistan. On Sunday, 12 September scores of people belonging to the Afghan diaspora - Pashtuns, Tajik, Hazara amongst others - took to streets in the Belgian capital of Brussels, against the insurgents and its recently formed government. Additionally, the demonstrators also lambasted Pakistan for its alleged support to the Sunni Pashtun insurgent group.

According to ANI, the demonstration, comprising roughly 70 people, took place near the building of the European Parliament. Pictures and videos that have surfaced online show protesters holding "Anti-Taliban" posters and banners and raising the Afghan flag. It is to mention that earlier in August the community had raised a voice against the Taliban takeover in front of Schuman Circle, in front of the European Commission (EC) and the European External Action Service (EEAS) building. As per the FBM press release, the protest began at 2:00 pm (local time) in front of the Hannover Central Station in Germany. During the protest, the people participating in the rally held banners and placards with slogans against torture, human rights abuses and illegal occupation of Balochistan by Pakistan and Iran. In addition, the protesters had also brought pictures of disappeared people who were killed in "staged encounters by the CTD". The FBM has shared the pictures of the protest held in Hanover, Germany on its Twitter handle.

After the Taliban stormed into Kabul on 15 August, Afghanistan president Ashraf Ghani resigned and fled the country with his associates. Since then, several persons have lost their lives in the chaos at the Hamid Karzai International Airport with thousands of people desperately trying to flee the country. This includes the death of at least 169 Afghans, 11 US Marines, a US Navy sailor, and a US Army soldier in a suicide bombing at the Abbey Gate of the Kabul airport on 26 August. This led to US airstrikes on terrorists belonging to ISIS-K which claimed responsibility for this attack.

READ | Blinken pushes back on GOP criticism of Afghan withdrawal