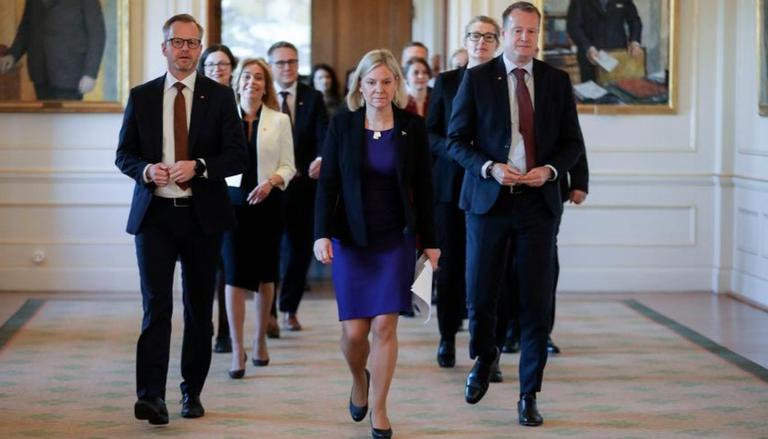 
Sweden’s newly minted Prime Minister, Magdalena Andersson, has said that the country would not be applying for the membership of the North Atlantic Treaty Organisation (NATO). Presenting the new administration’s policy on Tuesday, the Prime Minister, stressed that the country’s non-participation in the US-led military alliance serves it well and also adequately contributes to the region’s security and stability.

However, Andersson emphasised that her administration will not refrain from stepping in if in case, any other European or Nordic country come under attack. Furthermore, Andersson also asserted that her country will bolster its defence cooperation with Finland and other Nordic neighbours within the EU, “alongside deepening its partnership with NATO and the United States”.

“Our non-participation in military alliances serves our country well and contributes to stability and security in northern Europe. Sweden will not apply for membership in NATO. Sweden will not take a passive stance if another Nordic country or EU member state suffers a disaster or an attack, and we expect these countries to act in the same way if Sweden is affected,” Andersson said in a statement posted on the government’s website.

The Scandinavian state created headlines in late November after it elected Magdalena Andersson as its first female Prime Minister. However, hours after being tapped as the PM, Andersson resigned after suffering a budget defeat in the parliament and her coalition partner the Greens left the two-party minority government. Later on, on November 29 she was re-elected with the backing of her Social Democratic Party.

Sweden has a new government, with Magdalena Andersson as our 34th prime minister. Andersson was appointed by the parliament yesterday and presented her Statement of Government Policy today.

Now, after a Council of State with the king, the government has officially taken office. pic.twitter.com/m36hi3NtQv

Sweden gets its first transgender minister

A day later, on November 30, Lina Axelsson Kihlblom became the first transgender person to become a government minister in Sweden. According to Local Sweden, the 51-year-old, who was born a man and transitioned in the 1990s, is a former school principal and lawyer. Divorced and the mother of two adopted children, Axelsson Kihlblom became known after her successful work was chronicled in a televised documentary series.

Previously, Kihlblom had described growing up as a girl in a boy’s body. In her 2015 book ‘Will You Love Me Now?’, the 51-year-old had informed that she completed the physical transition to a woman’s body at the age of 25. “Trans people have always existed, they will always exist and we no longer feel ashamed. We are the new normal,” she wrote in an article published in 2018 by public broadcaster SVT.