Last Chance: Will COP26 Succeed In Bringing Climate Equity Or Is disaster Inevitable?

From the establishment of the first climate protocol in Kyoto in 1997 to the Paris Agreement in 2015, the world failed to meet the targets set to cut emissions 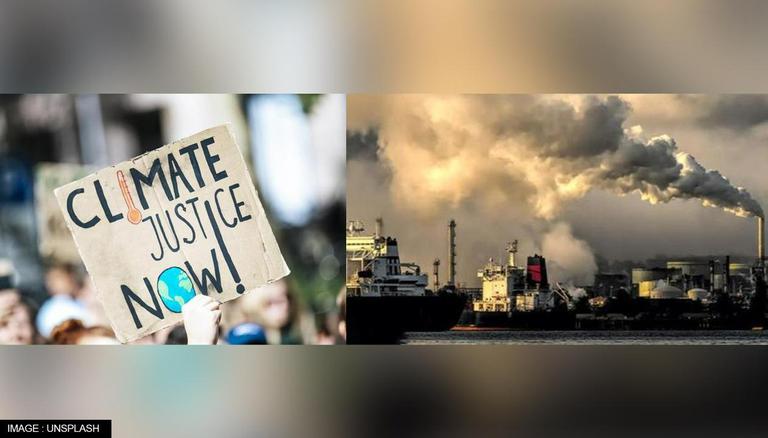 
With the conclusion of the 26th Conference of Parties (COP26) in Glasgow this year, the expectations of the world from its leaders for significant climate action have also risen. From the establishment of the first climate protocol in Kyoto in 1997 to the Paris Agreement in 2015, the world failed to meet the set targets, while also limiting itself to addressing climate justice and equity.

Therefore the burden on the Glasgow climate pact this year was not just to take measures to achieve the 1.5℃ threshold in a short period, but also to hold the emitters of the past accountable, to make space for the developing nations to grow and industrialize.

As Carbon Dioxide emissions are linked to economic growth and industrialization, it should be considered that each country shall be given equal amounts of time and resources to develop, as the world does not only share the same atmospheric space, but also the opportunities to grow. Thus putting the burden on developing nations to abide by the net-zero targets at the same time as the developed countries who have already contributed a large number of emissions in the past, and continue to do so, seems redundant.

It is noteworthy since to date, there is a massive scale of difference in the number of emissions made by different nations. As per the data by Our World In Data, In 2019 itself the total CO2 emissions in 2019 amounted to 36 Gigatons, out of which 10.17 Gigatons alone were contributed by China, followed by US -5.28 Gigatons, followed by the European Union- 2.92 Gigatons, and then India-2.62 Gigatons and the rest of the world together did -11.3 Gigatons.

There is an immense distinction in per capita emissions as well. The data further depicts that what one person in the UK or Australia emits is equal to what 108 people do in Ethiopia, 9 people in India and 2 people in China. Thereby reflecting that there is an inequality in the share of carbon emissions and the role of the world. 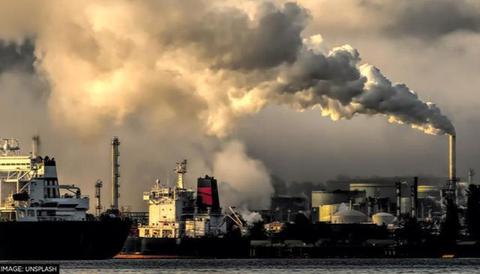 The world has diluted the concept of equity further by erasing the term ‘World Climate Equity’ from the 2015 Paris Agreement, undermining the past emissions, expecting every country to stand equally on emissions. Under the Paris Agreement, all countries were asked to act to reduce emissions, not based on their contributions to the stock of total emissions but do the best they can.

Speaking on the same, Priya Mishra, Scholar from the Science Policy Research Unit, University of Sussex and Climate Policy Consultant explained, “It is a developed countries’ mess, but it’s a moot point now - the climate catastrophe will not ‘ask’ whodunit questions before striking a geography. Each country, especially the most vulnerable ones, should have a much more aggressive stance to addressing the crisis as they will be up first when the price of climate emergency will have to be paid. Developed nations should extend support through their strength areas – finance, technology, established business models, and skills.”

Another pertinent issue for the summit was to discuss the carbon budget, because, as per reports, the global temperature has already risen 1.1℃ since the pre-industrialization levels in the 1870s, and our safety net is set at 1.5℃, our Carbon Budget has been set accordingly so as the emissions don't go beyond the limit (1.5℃).

The amount of finance and money required to reduce emissions is also finite. Experts believe that if greenhouse gas emissions keep increasing simultaneously, the set target of the 1.5℃ threshold will also grow, and then more funds and efforts will be required to bring them down. Therefore, we cannot wait longer to cut our emissions.

Moving on to Climate Finance, it was decided in the Copenhagen Summit in 2009 that a $100 Billion fund per year will be released for the developed nations to achieve their emission targets and NDCs (Nationally Determined Contributions). However, it has not happened in its entirety, and in the present context, supply of money and technology is as important as climate policy adaptations.

In the Glasgow pact this year, it was discussed that the climate finance from the top 5 developed countries is expected to amount up to $500 Billion/year. A 2-year Sharm-el-Sheikh Work Programme is also created to achieve the global goal of adaptation and double climate finance from 2019 levels to 2025.

On this, Climate Policy Expert Priya stated that “Finance can catalyse climate action, and thus it’s a crucial task. Governments’ purses across the globe have been hit by COVID, but the situation is grimmer for many developing countries as there are more competing needs for their citizens.”

Dr Christopher Lyon, Postdoctoral Researcher, McGill University explained, “The countries of the Global North really must do as much as possible to help the Global South meet their climate challenges. The wealthy countries should also look to less wealthy countries, which mostly now bear the brunt of climate adaptation and loss and damage challenges, for experience-driven expert advice and knowledge on how to address these challenges. This is an unprecedented global problem, and all countries benefit from learning from and supporting each other.” 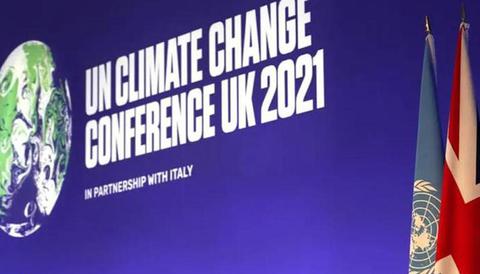 1. Mitigation: It was agreed upon that the countries will revise NDCs periodically and the same concern will be taken up in the upcoming Summit in Cairo, Egypt next year.

2. Phasing down of Coal and Fossil Fuels: Since the Kyoto Protocol, this was the first summit where ‘Phasing Out’ (abolishing) the use of the coal and fossil fuels by 2030 was brought up, however, on perusal of India and other developing countries ‘Phasing Down’ (minimising) the use of these resources was agreed upon rather than phasing out.

3. Methane Pledge: Around 100 countries agreed to sign a pact to cut down methane emissions by 30% from current levels by 2030. If this is achieved, it can alone prevent a 0.2℃ rise in the temperatures by 2050, it becomes furthermore important as the methane warming potential is 80 times the Carbon Dioxide.

4. Climate Finance: Developed Countries pledged to support developing nations to provide the funds up to $500 Bn/ year and required technology to achieve their emission targets.

5. Carbon Markets: The Glasgow pact allowed the nations to use their Carbon Credits to achieve their NDCs till 2025, after which they will be revised.

Despite these ambitious targets, as per the assessment of Priya Mishra, who is also a Climate consultant at Bridge to India Energy Pvt Ltd, “It was a superficial success, good enough for the governments across the world to brandish their efforts and sincerity to address climate change. The scale of action required to address climate change is unprecedented - while this is acknowledged across the board, steps announced/taken so far are too insignificant for any material success.”

She further explained, “The blame game between the developed and developing nations are still on, which is unfortunate as developing nations, especially in South Asia, are the most vulnerable to climate change. Fuelling growth and development does conflict with environmental sustainability, but the middle path has to be carved out, for which mechanism to ‘what’ and ‘how’ must be focussed on.”

She said, “ ‘What’ part is essentially what needs to be done, eg. Greenify the power or transport sector through various strategies and enabling policies and regulations and ‘how’ pertains to the means to reach these goals – finance and technology being the pillars for this. More focus should be on mechanisms and routes to sustainable finance, fostering green technologies and their dissemination, as well as ensuring the dovetailing of policies at the international, national, and regional levels. Also, a consensus should be on a pathway to gear down on fossil technologies,” a Climate policy and transition expert noted.

Assessment of India’s Commitment to Climate Action at COP26

When asked about the commitments made by PM Modi at COP 26 and how significant it is concerning India, specifically the goal of Net Zero emissions by 2070 and meeting 50% energy requirement by renewable sources by 2030, Priya said, “making announcements is the easy part – and for the record, its good to see such announcements. However, many challenges need to be wriggled out if these targets are to be achieved. Policies and their implementation often have a huge gap in India.”

She further elucidated, “Non-fossil electricity generation capacity of 500 GW by 2030 is a herculean task if current issues of the power sector are not addressed immediately.” Speaking further on the goal of meeting 50% energy requirement by renewable sources by 2030, Priya stated, “India’s emissions intensity in 2020 was already 22% lower than 2005 levels, declining by 2% per annum since then. If the emissions intensity continues to decline at this rate, the 2015 NDC target may be within reach. But again – “is it enough?” is the point.”