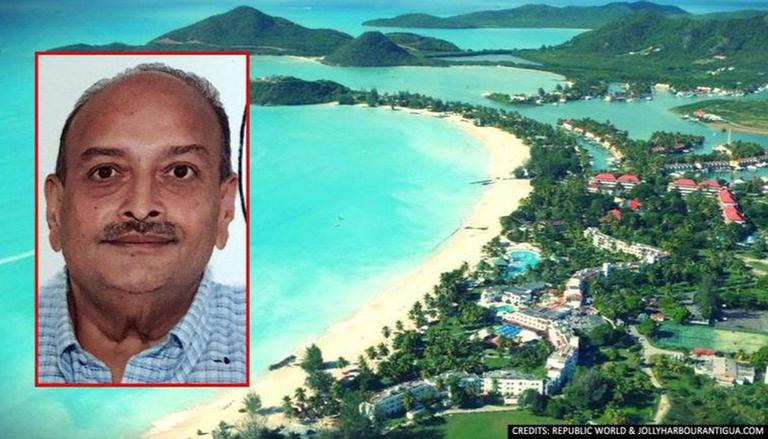 
Punjab National Bank scam accused and fugitive Mehul Choksi who was missing for three days from Antigua and Barbuda has been apprehended in Dominica. Following this development, Republic Media Network can confirm that Mehul Choksi's wife has also received information to this effect, while his lawyer Vijay Aggarwal also told ANI. "I have spoken to his family, and they are happy and relieved that his whereabouts are now known. Efforts are being made to speak to him so that one can know the clear picture of how he was taken to Dominica."

Mehul Choksi purportedly went "missing" after going out for dinner in Antigua island on May 23 and could not be traced even though his vehicle was traced in the Jolly Harbour later. As per The Observer, Mehul Choksi was traced to his current location in Dominica three days after he went missing. The fugitive diamantaire was nabbed by law enforcement personnel following the yellow notice alert that was issued. As per the Antigua Observer, the police in Dominica are making arrangements to hand him over to the Antigua police.

#LIVE | I believe local people in Antigua would prefer Mehul Choksi is extradited to India to face charges but he has challenged the govt's move. But this may give the govt leeway: Shermain Bique, Antigua Observer https://t.co/rGQJsiKgt2 pic.twitter.com/Q77e8m9eTN

On May 25, Tuesday, a police officer from Johnson Point police station (the precinct near Choksi's home in Antigua and Barbuda) told Republic TV that a missing complaint had been filed by his family. Speaking exclusively to Republic TV's Executive Editor Niranjan Narayanaswamy, an officer from the Johnson Point Police Station said that the statement of Mehul Choksi's wife had been recorded after she lodged the missing person's complaint and that there were no details of whether the fugitive diamond merchant had fled to Cuba, which was also a theory that was poured water on by no less than the Prime Minister of Antigua and Barbuda, Gaston Browne, who spoke LIVE with Republic as he has numerous times over the issue of Mehul Choksi, whom his government is trying to extradite to India.

The PNB scam accused is under the scanner of both the Central Bureau of Investigation and the Enforcement Directorate. Along with his nephew Nirav Modi, he allegedly siphoned off Rs 13,500 crore of public money from the Punjab National Bank (PNB), using letters of undertaking. Owner of the Gitanjali group, a retail jewellery company, Choksi secured the citizenship of Antigua and Barbuda in November 2017 under the aegis of the Citizenship by Investment Programme and fled to the island nation in the first week of January 2018.

India formally sought Choksi's extradition in August 2018 underlining the principle of reciprocity, the principle of dual criminality, and the United Nations Convention against Corruption to which both countries are signatories. In 2019, Antigua and Barbuda PM Gaston Browne said that Mehul Choksi will be revoked and will be extradited to India once all his legal options are exhausted. The current legal status of the fugitive diamantaire is shrouded in mystery as Aggarwal has stressed that the PNB scam accused remains a citizen of Antigua and Barbuda.