American Pharmaceutical giant Moderna Inc. said that its COVID-19 vaccine is 96 per cent effective amongst youth aged between 12 and 17 years. 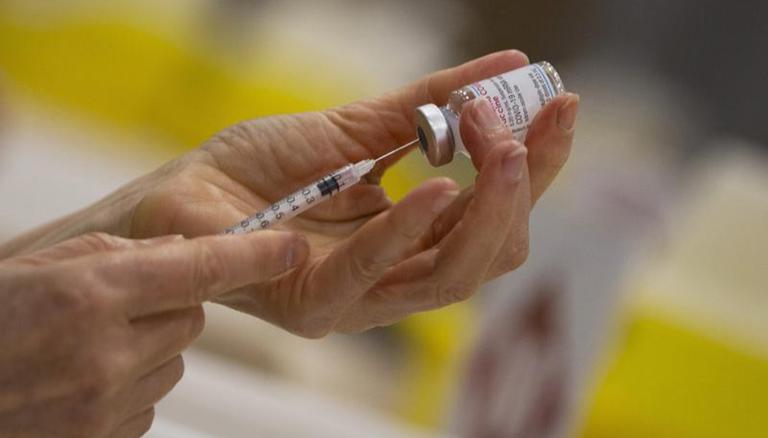 
American Pharmaceutical giant Moderna Inc. said on May 6, that its COVID-19 vaccine is 96 per cent effective amongst youth aged between 12 and 17 years. The announcement was based on the results of Phase I clinical trials, which commenced in late December. “The study showed vaccine efficacy against COVID-19 of 96%; mRNA-1273 was generally well tolerated with no serious safety concerns identified to date," the company said in a statement.

For the purpose of the study, researchers tested roughly 3000 kids. The tests detected 12 cases of coronavirus 14 days after the first shot. For these intermediate results, participants were followed up on average 35 days after the second injection.

Moderna claimed only “mild or moderate” side effects, like pain at the injection site, were observed in people who received the jabs. With the second shot, side effects included "headache, fatigue, myalgia and chills," similar to those observed in adults who had received the vaccine. The company has now said that it was negotiating with regulators about a “potential amendment to its regulatory filings" to authorize the vaccine for the 12-17 age group.

This comes as day after White House chief medical advisor Dr Anthony Fauci said that the Food and Drug Administration (FDA) is likely to authorize the emergency use of Pfizer’s COVID vaccine in youth aged 12-15 “within several days”. In late April, the regulatory body approved vaccines for all ages—16 years and above, taking the country a step closer to achieving herd immunity. Now, speaking to NBC network, the top infectious disease expert expressed his belief that it would not take “longer than several days” to get the FDA go-ahead.

READ | Moderna COVID-19 vaccine, with 94.1 % efficacy, gets WHO nod for emergency use

Advisers to the Centers for Disease Control and Prevention are scheduled to meet May 12 to review the use of Pfizer’s shot in adolescents, a CDC spokeswoman confirmed to Bloomberg News in an email. The CDC reviews the vaccine following the FDA approval. In the aftermath, Pfizer has shown intention to submit approval request for its vaccine for two more age groups: 2-5 years and 5-11 years after completing safety trials in September.

READ | COVID-19: Can you get one shot of Moderna vaccine & second shot of Pfizer? Fauci answers