The NSA-level Delhi Regional Security Dialogue to discuss the Afghanistan situation with representatives of central Asian nations was underway on November 10. 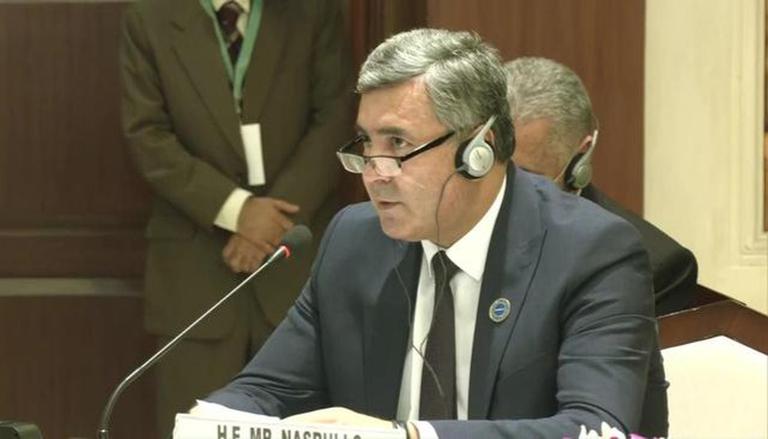 
Nasrullo Rahmatjon Mahmudzoda, Secretary, Security Council of Tajikistan, expressed concern about terrorism and drug trafficking in Afghanistan on Wednesday, November 10. In his opening remarks at the Delhi Regional Security Dialogue on Afghanistan, Tajikistan's Secretary, Mahmudzoda, stated that as a neighbouring country, Tajikistan is willing to take part in any programme that can help the Afghan people.

Following the fall of the democratically elected government and the subsequent Taliban takeover of Afghanistan, India hosted a regional summit in New Delhi on Wednesday to discuss the current situation in the country. Ajit Doval, India's National Security Advisor (NSA), is the conference's chair, and his counterparts from Iran, Russia, Kazakhstan, Kyrgyzstan, Turkmenistan, and Tajikistan are in attendance.

"We as the neighbouring country are ready to participate in all programmes that can help the people of Afghanistan," Mahmudzoda was quoted by ANI as saying at the NSA-level meet.

We as the neighbouring country are ready to participate in all programs that can help the people of Afghanistan: Nasrullo Rahmatjon Mahmudzoda, Secretary, Security Council of Tajikistan at Delhi Regional Security Dialogue on Afghanistan pic.twitter.com/nnYPzKnQTu

According to a subsequent tweet by the media agency, Mahmudzoda stated that because Afghanistan and Tajikistan share a long border, the current situation creates additional risks and possibilities for drug trafficking and terrorism. The situation along Tajikistan's and Afghanistan's borders remains 'complicated', he added.

The NSAs of Russia, Iran, China, Pakistan, Tajikistan, and Uzbekistan had been formally invited to the meeting by India. China and Pakistan, however, stated that they will not be attending the conference. No delegation from Afghanistan was invited. The NSA meet is being viewed as part of India's efforts to remain pertinent in the aftermath of the developments in Afghanistan since the Taliban's takeover. This is the third time a meeting on the Afghan situation has been held. In September 2018 and December 2019, Iran hosted the previous two regional meetings in this format. Meanwhile, Kabul sees the conference as a positive step towards making aid to Afghanistan more accessible, according to local media reports.

(With inputs from ANI, Image: @ANI/Twitter)