Attending an Indian community event in Bali on the sidelines of the G20 meeting, PM Modi said, "India and Indonesia have a century-old connection." 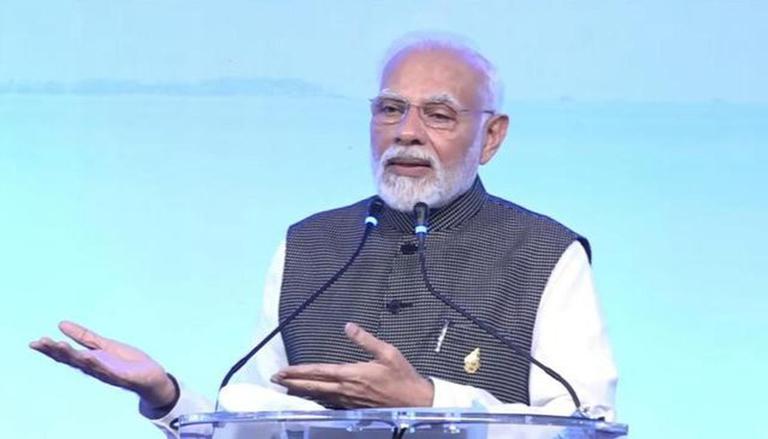 
As 'Bharat Mata Ki Jai' echoed in Indonesia's Bali, Prime Minister Narendra Modi while interacting with the Indian diaspora spoke about the century-old relations between India and Indonesia, on Tuesday.

Addressing the Indian diaspora, PM Modi asserted that India is greatly moving ahead with its Atmanirbhar Bharat approach. He also invited the Indians living in Indonesia to Madhya Pradesh's Indore for the upcoming Pravasi Bharatiya Divas Convention.

While attending an Indian community event in Bali on the sidelines of the G20 meeting, PM Modi said, "India and Indonesia have a century-old connection and both countries shared a common goal and culture. After coming to Bali every Indian has a different feeling, I am also feeling the same vibration."

"The festival of 'Bali Jatra' is being celebrated on the banks of Mahanadi in Cuttack city of India. Bali Jatra Mahotsav is now being celebrated on a grand scale with mass participation in Odisha. This Mahotsav celebrates thousands of years old India-Indonesia trade relations," the Prime Minister added.

'India & Indonesia stand strong during both good and difficult times'

#LIVE | 'When disaster struck Indonesia, India started Operation Samudra Maitri. The two countries have always stood by each other during tough times': PM Modi in his address to Indian diaspora in Indonesia's Bali.

"What greatly differentiates the post-2014 from pre-2014 India is the speed and scale. India is greatly following the Atmanirbhar Bharat approach. In the area of Defense, India was, for decades, dependent upon imports. But now, it is expanding and enhancing its capabilities. Be it the Brahmos Missile or Tejas Fighter, every growing defence capacity is now leaving the world mesmerised," PM Modi added.