The Quad Leaders Summit will be held on September 24. It is being hosted by the US, and countries like Australia, India, and Japan will participate. 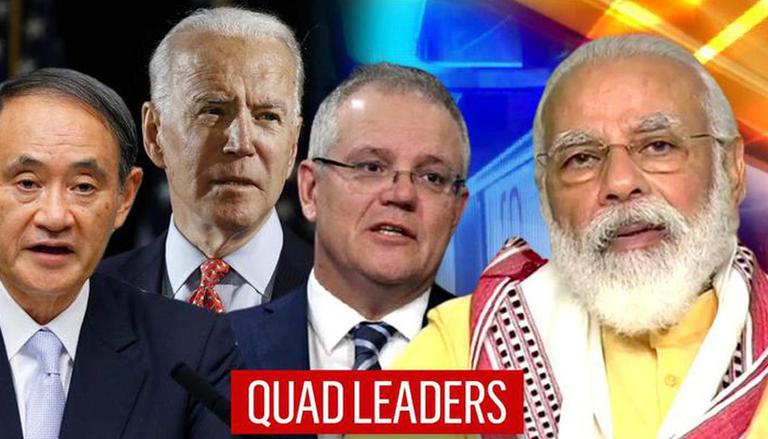 
Ahead of the first in-person Quad Summit, a senior official from the US administration confirmed that Quadrilateral Security Dialogue (Quad) leaders will discuss various international issues and make announcements relating to climate change, COVID-19, clean energy, among others. The Quad Summit is scheduled to take place on Friday, September 24, in Washington. The Quad Leaders Summit is being hosted by the US, and countries like Australia, India, and Japan will participate in the Summit.

According to the US administration, "President Joe Biden has made the Quad a priority, as we all saw through the first Quad leaders-level engagement in March, which was virtual, and now this summit, which will be in person," a US administration official said in a statement. So the main areas where you will see both consultations and then some announcements will be on COVID-19. And, you know, in March, there was a commitment to producing a billion vaccines through the Quad, by the end of 2022. And there'll be some announcements about moving that forward, as well as other forms of COVID-19 assistance," the official said.

Emphasising the global COVID-19 crisis and climate issues, the US official said Quad leaders would make announcements regarding clean energy and the climate crisis at the Summit. The first-ever Quad Summit will be hosted by the 46th President of the US, Joe Biden, comprising the heads of the three-member countries. The agenda of the Quad Summit is "constructive and diverse" as the quad leaders will engage in strengthening bilateral relations and trade cooperation.

READ | China gets jitters before QUAD summit, urges global leaders to not target any '3rd party'

The official said, "Hosting the leaders of the Quad fundamentally is a demonstration of the priority of engaging in the Indo-Pacific, including through new multilateral configurations designed to focus on 21st-century challenges. The world leaders will discuss partnering on emerging technologies in cyberspace, promoting high-standard infrastructure, and, of course, an overarching commitment at the core of the Quad to promote a free and open Indo-Pacific."

READ | It's great to see you: US President Biden to Modi at Quad summit

This is for the first time Indian Prime Minister Narendra Modi will be visiting America after Joe Biden took charge of the country. PM Modi will participate in the first in-person Quad Leaders Summit, and on the next day of the Quad Summit, he will also address the UN General Debate at the United Nations General Assembly in New York.

Image: AP/ANI
With Inputs from ANI