WHO Says COVID-19 Pandemic Will Be Behind Us, But 'psychological Scars' Will Remain

WHO Director-General Tedros Adhanom Ghebreyesus on May 31 said that “one day” the COVID-19 pandemic will be behind us, but the “psychological scars” will remain 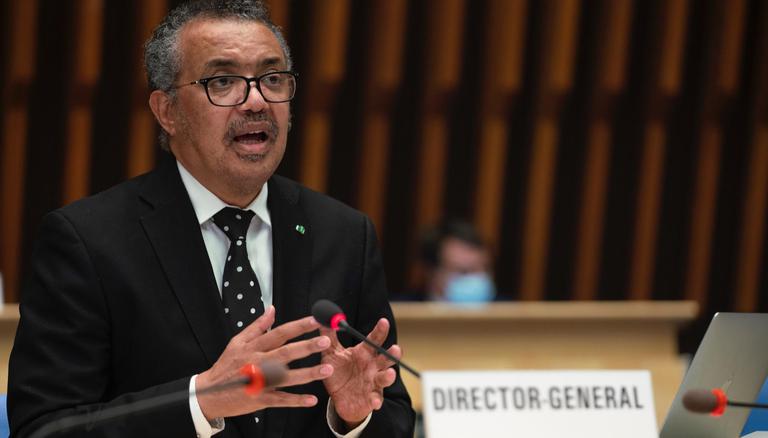 
While addressing the 74th World Health Assembly, WHO Director-General Tedros Adhanom Ghebreyesus on May 31 said that “one day” the COVID-19 pandemic will be behind us, but the “psychological scars” will remain. According to a press release, Tedros made closing comments to the WHO’s week-long high-level assembly and said that even though the cases and deaths are declining globally, the “way out” was through “tailored and consistent” public health measures in combination with equitable vaccination. He even went on to inform that a potential international treaty will be discussed in a special session of WHO members in November.

Tedros said, “One day – hopefully soon – the pandemic will be behind us, but the psychological scars will remain for those who have lost loved ones, health workers who have been stretched beyond breaking point, and the millions of people of all ages confronted with months of loneliness and isolation”.

The WHO chief went on to urge the Member States to commit to vaccinating at least 10 per cent of the global population by the end of September and at least 30 per cent by the end of the year. Member States “can only truly keep their own people safe if they are accountable to each other at the global level”, Tedros maintained, adding that the pandemic had been characterized by the “lack of sharing” of “data, information, pathogens, technologies and resources”. He insisted that a pandemic treaty would improve early warning on potential global health threats, promote stockpiling and production of pandemic supplies, allow for equitable access to vaccines, tests and treatments and provide an emergency workforce to handle emergencies.

READ | WHO agrees to study reforms suggested by health experts, to meet again on pandemic treaty

Tedros said, “An international agreement of any kind must be designed and owned by all Member States. It must be truly representative and inclusive. It must be thorough and carefully considered, but it must also be urgent. We don’t have time”.

Meanwhile, it is worth mentioning that in the past week, the WHO announced that it has assigned new simple labels for key variants of SARS-CoV-2, the virus that causes COVID-19, using letters of the Greek alphabet. As per the press release, the B.1.1.7 variant of concern initially identified in the United Kingdom, will be labelled now as "Alpha". The one identified in South Africa will be "Beta". The labels were chosen after wide consultation and a review of many potential naming systems, the UN agency said.

“People often resort to calling variants by the places where they are detected, which is stigmatizing and discriminatory. To avoid this and to simplify public communications, WHO encourages national authorities, media outlets and others to adopt these new labels", WHO urged.