World Animal Day is celebrated to educate people in order to help them recognise animals as sentient beings and always keep good actions towards them. 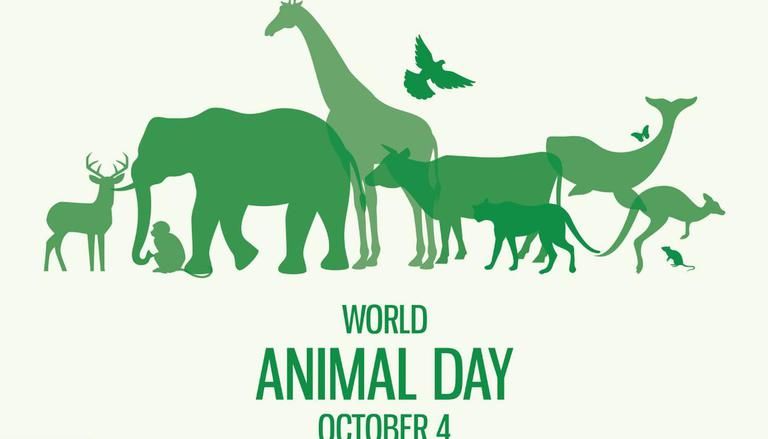 
World Animal Day is celebrated every year on October 4 to raise awareness about animal welfare and mobilising a movement in favour of the animals to ensure that the world is a better place for them to live in. It is celebrated in different countries, worldwide, to educate people in order to help them recognise animals as sentient beings and always keep good actions towards them.

World Animal Day was first celebrated on March 24, 1925, by cynologist Heinrich Zimmerman at Sports Palace in Berlin. Today, World Animal Day is celebrated on October 4 to mark the feast day of the patron saint of animals, Francis Assisi. The global event is now led by Naturewatch Foundation.

According to worldanimalday.org.uk, the event is celebrated to "raise the status of animals in order to improve welfare standards around the globe." Building the celebration of World Animal Day unites the animal welfare movement, mobilising it into a global force to make the world a better place for all animals. "It's celebrated in different ways in every country, irrespective of nationality, religion, faith, or political ideology," the statement adds.

The theme for World Animal Day 2021 is "Forest and Livelihoods: Sustaining People and Planet." In the year 2020, it was "Man and Dog." In 2019, the organisation focused on "Life below water bodies: for the people and also the planet." Every year the themes are modified to align with the climatic developments around the world. Animal Day Quotes and How to Celebrate

World Animal Day is observed with the inauguration of several movements to fight injustices against the animal that are profoundly influenced by human-induced climate changes and global warming. Animal rights groups across the world have indulged in movements to highlight animal welfare and ethical treatment of animals.

Check out some amazing quotes one can use on World Animal Day 2021:

1. "Our task must be to free ourselves by widening our circle of compassion to embrace all living creatures and the whole of nature and its beauty"- Albert Einstein

READ | World Animal Day 2020: Quotes, greetings and images to send your loved ones

3. "Love the animals: what is given them the rudiments of thought and joy untroubled."- Fyodor Dostoevsky

4. "The love for all living creatures is the most noble attitude of man."- Charles Darwin

5. "Animals are such agreeable friends? They ask no questions, they pass no criticisms."- George Eliot