Archaeologists Find 'largest Number Of Coffins' In Egypt; All About The New Discovery

Sealed coffins of ‘mysterious’ Egyptian mummies have been discovered by archaeologists at an ancient site in Giza, Saqqara necropolis in Egypt.

Some thirteen well-preserved sealed coffins of ‘mysterious’ Egyptian mummies have been discovered at the archaeological site in Giza, Saqqara necropolis, Egypt, which the scientists believe are almost 2,500-years-old. Found stacked on top of one another, these ancient coffins were dug from the burial shaft 11 meters underground. In the images of the coffins approximately two millenniums old shared by Egyptian Tourism and Antiquities, one can see vibrant colours and inscriptions carved on the wooden boxes.

“The discovery marks the largest number of coffins found in one burial place since the discovery of the Asasif Cachette"—Egyptian Tourism and Antiquities Ministery said in the press release.

The Asasif Cachette was excavated by the archeologists last year in 2019, which consisted of over 30 ancient coffins in Upper Egypt’s Luxor Province. Secretary-General of the Supreme  Council of Antiquities of the Egyptian archaeological mission in Saqqara, Mostafa Waziri said, “The well is about 11 meters long, and inside it was found coloured wooden coffins stacked on top of each other.” Dr. Khaled Al-Anani, Minister of Tourism and Antiquities appreciated the efforts of the site workers in carrying out the task in such difficult conditions while adhering to the precautionary measures.

While the identity and positions of the owners of these coffins, or their total number, has not been determined, these questions will be answered over the next few days through the continuing excavation, the authorities on site revealed in the press release. Also, the 13 unopened coffins have remained unseen since the time they were buried. The findings are key as the ancient site that is located about 20 miles south of Egypt's capital is home to landmarks such as the Pyramid, the world’s oldest ancient site known. Khaled El-Enany, Egypt's minister of tourism and antiques, said, “it was an indescribable feeling when you witness a new archeological discovery,” on twitter.  Earlier in April, the Egyptian archaeologists unearthed four caskets of mysterious mummies and the five limestone sarcophagi in a burial site. 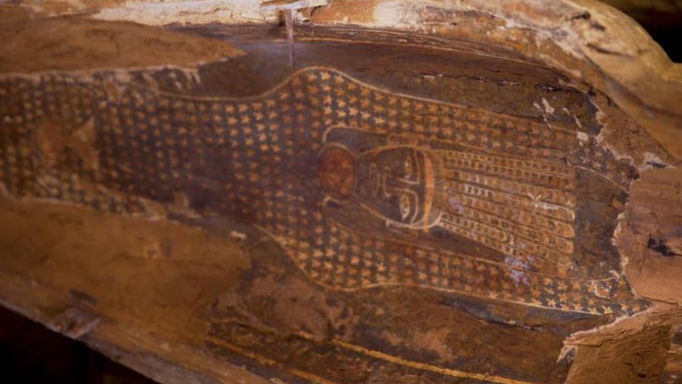 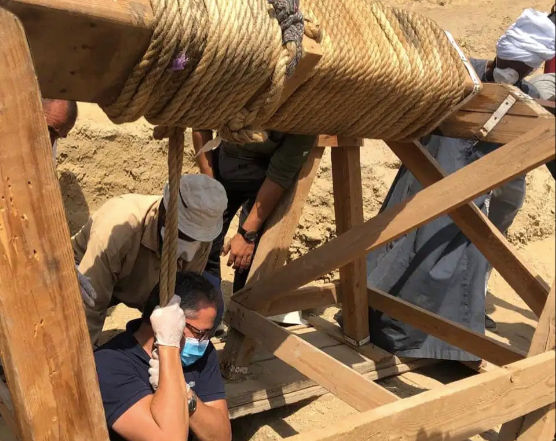 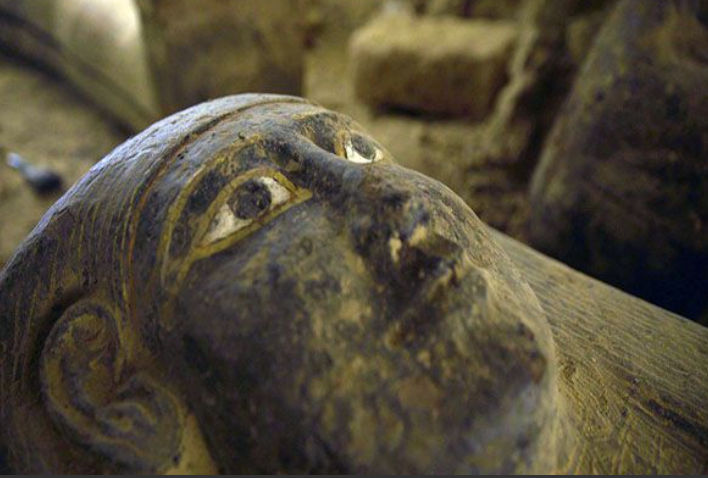