In Iran, People Carry Out Rare Anti-govt Protests After Execution Of Kurdish Prisoner 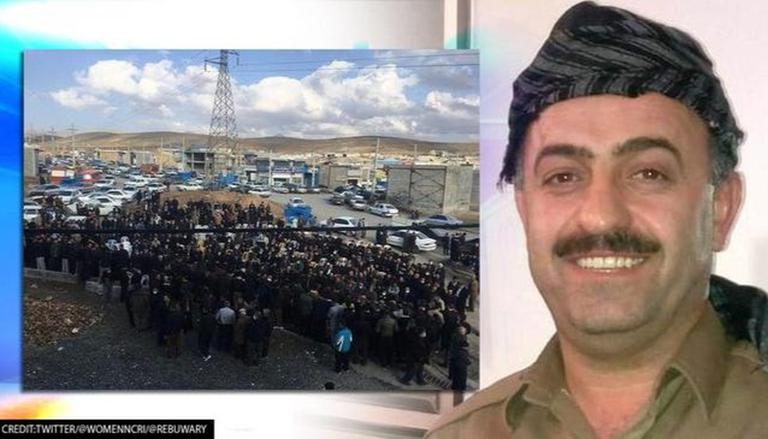 
In what could be termed as a rare public demonstration of defiance, in Iran, a group of protesters took to the street and chanted anti-government slogans outside the home of a Kurdish man who was executed on Monday. 48-year-old, Heidar Ghorbani was found guilty of assassinating three members of Iran's elite Revolutionary Guard Corps. The demonstrators gathered at Kamyaran, Ghorbani's hometown, and hailed him as a martyr, reported BBC. However, Ghorbani had denied his involvement in the killings and human rights groups claimed he was held as a political prisoner, the report added.

Heidar Ghorbani was also convicted of being a member of the Democratic Party of Iranian Kurdistan (PDKI), an exiled armed opposition organisation, fighting for greater autonomy for Iran's Kurdish people. His execution was carried out at Sanandaj prison in north-western Iran. After the Supreme Court had sustained the verdict, Iranian social media users launched various campaigns throughout the year against his death sentence. Human rights advocates argue that Heidar Ghorbani conviction was based on shaky evidence obtained through torture and that he was refused legal representation during the investigation, the British news outlet.

Another video of the mourning ceremony for Kurd political prisoner, #HeidarGhorbani who was executed today despite a faulty trial & international requests to stop his execution. Locals chant "martyrs don't die" to protest his execution. #Iran #HumanRights pic.twitter.com/hQuL1FgSSV

United Nations urged Iran not to carry out the execution

Earlier in the month of September, the United Nations had also requested Iran not to carry out the execution and to overturn his death sentence. Courts continue to give death sentences in proceedings that not only violate international fair trial norms, but also domestic law and due process safeguards, according to UN human rights experts. Meanwhile, Tehran was also urged by Amnesty International to overturn Ghorbani's conviction and provide him with a fair trial.

It is pertinent to mention here that in recent years, Iran has carried out more executions than any other country except China, BBC reported. According to data by Amnesty International, as many as 246 people were executed in Iran in 2020. The country has also been increasingly using the death sentence as a tool of political repression against dissidents, protestors, and members of ethnic minority groups, the human rights group claimed.

READ | Iran warns Israel, says will retaliate with 'crushing' response against any attack