Iran Navy To Acquire 3 New Warships; One Capable Of Launching Missiles 300 Kms Away

On Sunday, the Iranian Navy announced that it will be supplied with three new warships in the current Iranian year which ends on 20 March 2022. 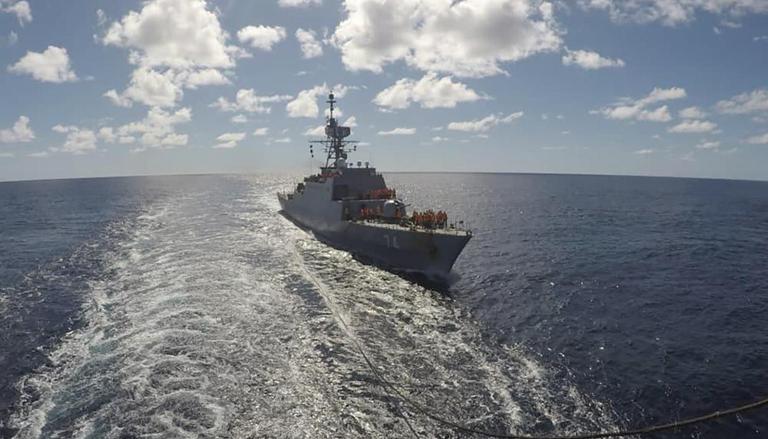 
Amidst a bleak chance of reviving the Joint Comprehensive Plan of Action, popular as the Iran Nuclear Deal, and fear of more Western sanctions, Tehran has started bolstering its naval power. On Sunday, the Iranian Navy announced that it will be supplied with three new warships in the current Iranian year which ends on March 20, 2022.

A report in Tehran Times stated that the Islamic Republic has also acquired modern Naval technologies and have managed to enhance the quality of combat vessels. Speaking about the same on Sunday, the Navy chief of the Islamic Revolutionary Guard Corps (IRGC) said that one of the warships will have the capability to launch missiles as far as 300 kilometres.

'Ships to be named after martyred Iranian generals': Navy chief

Furthermore, Iran's Navy chief explained that two warships, which are being jointly built by IRGC and the Iranian defence ministry-would be named after martyrs-General Mohammad Nazeri and Lieutenant General Qassem Soleimani. Nazeri- an aluminium-hulled ship unveiled in 2016 will be 55 metres long.

On the other hand, Soleimani is deemed to be 65 metres in length. The ship is named after slain General Qassem Soleimani, whose death triggered massive outrage in Iran and even prompted IRGC to fire a missile in retaliation. The third ship, as per the Tasnim news agency, will be able to launch sea-to-air missiles, carry helicopters and reach a velocity of 35 knots.

READ | Iran hearings start over shooting down of Ukrainian airliner

The development comes at a time the US' top defence official said Washington would go to any extent to bar Tehran from obtaining a nuclear weapon. While speaking at the annual Manama Dialogue in Bahrain, Defence Secretary Lloyd Austin said, "The United States remains committed to preventing Iran from gaining a nuclear weapon. And we remain committed to a diplomatic outcome of the nuclear issue.”

Notably, the Biden administration has been trying to restore the nuclear deal with Tehran to keep a check on the enrichment of uranium in exchange for the lifting of economic sanctions. Though US intelligence agencies and the International Atomic Energy Agency said Tehran had organised weapons programmes until 2003, Iran always maintained its nuclear programme was peaceful.