Iran Slams US Concerns Over Rocket Launch, Says Tehran Has Right To Use 'peaceful Tech'

Iran slammed the US and France criticism of Tehran’s space launch, saying that it doesn’t really care about the “opinions” of others regarding the matter. 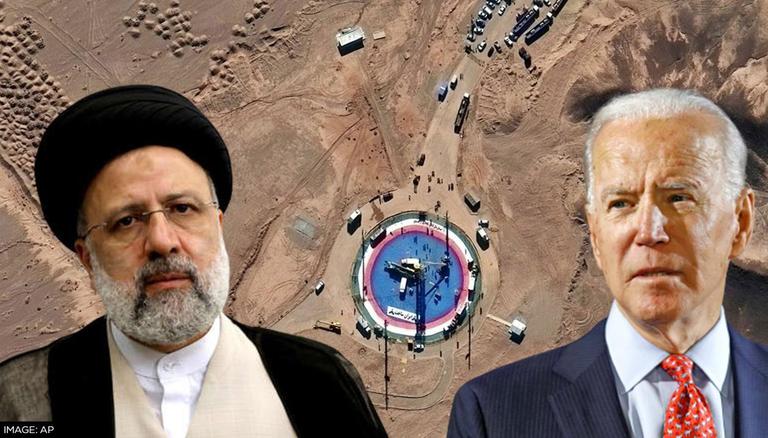 
Iranian foreign ministry spokesperson Saeed Khatibzadeh recently slammed the US and France's criticism of Tehran's space launch, saying that the Islamic Republic doesn’t really care about the “opinions” of others regarding the matter. On Thursday, Iran had launched a rocket carrying three satellites into space. Following this, US and France condemned the launch and called it a “proliferation concern”.

In response, according to Sputnik, Khatibzadeh said, "As previously stated, the Islamic Republic of Iran has the right to use peaceful technologies in the path of its scientific research development according to international standards, and in so doing, it will not await the opinions of some countries that seek to impose their dictates."

It is pertinent to mention that after Iran's launch of the Simorgh space rocket, a US State Department spokesperson had reportedly said that Washington 'remains concerned' with Iran’s development of space launch vehicles. The spokesperson stated that the launch poses a significant proliferation concern, adding that these rockets 'incorporate technologies that are virtually identical to, and interchangeable with, those used in ballistic missiles, including longer-range systems'.

READ | Israel warns against Iran's intent on JCPOA, says Tehran has 'no deterrent' to nukes plan

According to the spokesperson, US believes that Iran's rocket launch was a violation of UNSC Resolution 2231, which calls on Iran not to conduct any nuclear-capable missile testing. France also slammed Iran for launching the rocket with a satellite carrier bearing three devices into space.

"France condemns this launch, which is not in line with UN Security Council Resolution 2231," a ministerial spokesperson said during a press conference. France also called Iran’s rocket launch “regrettable” amid progress in the nuclear negotiations in Vienna.

In response to the criticism, Khatibzadeh dismissed France and US’ logic, saying "No resolution prevents the Islamic Republic from continuing its space programme and related experiments, including in the field of satellite carriers; thus, citing UNSC Resolution 2231 is purely fallacious and fundamentally untrue."

The Iran Foreign Ministry spokesperson further also praised the efforts of the nation’s rocket scientists' and their homegrown scientific innovations in the field of aerospace technologies. Khatibzadeh pointed out that Iran has been accomplished in the face of illegal foreign sanctions.

It is worth noting on December 30, Thursday, Iran aired footage of the blastoff against the backdrop of negotiations in Vienna to restore Tehran's tattered nuclear deal with world powers.