Sailors were seen wearing life jackets and attempting to bring the massive blaze under control, shortly evacuating as fire engulfed the Iranian vessel. 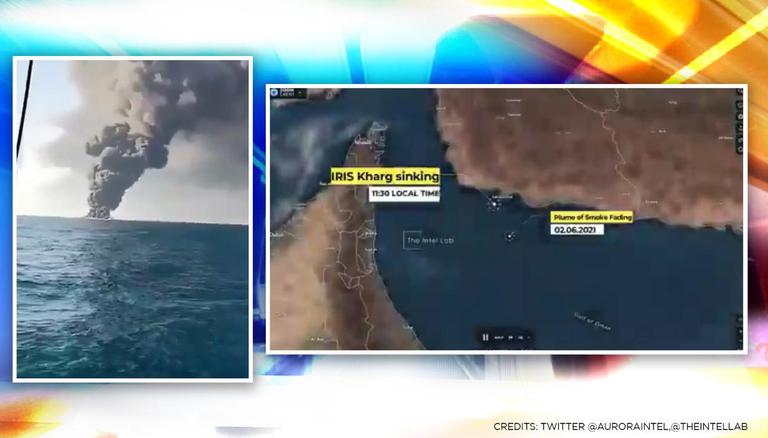 
Iran's navy's largest vessel IRIS 'Kharg' 431 on Wednesday caught fire under 'mysterious circumstances' at around 2:25 am. After efforts failed to douse the flames and save the ship, it sank near the Iranian port of Jask, approximately 1,270 kilometers (790 miles) southeast of Tehran near the Strait of Hormuz — the narrow maritime artery between the Persian Gulf and the Gulf of Oman, Iran’s semiofficial news agencies Fars and Tasnim reported.

In the visuals that emerged of the heavy life cargo and helicopter launch point vessel’s fire, sailors were seen wearing life jackets and attempting to bring the massive blaze under control, shortly evacuating as fire engulfed the vessel spreading from the hull. Kharg, named after Iran's primary oil export terminal in the Persian Gulf, was on a training mission.

“Measures were taken to extinguish the fire, the trained personnel disembarked and were taken to shore,” Iran said in a statement, broadcasted by Tasnim news agency.

Video reportedly of #Iran|ian Navy IRIS Kharg this morning burning and sunken approx. 6 miles off of Jask Port. FIRMS data has a hotspot around 25.652726,57.640181. pic.twitter.com/X4IlKPXH0w

The Iranian navy ship, was manufactured by Swan Hunter in the United Kingdom and was launched in 1977 and was one of the few vessels in the Iranian navy that was deployed for replenishment of other naval vessels in the seas. ‘Kharg’ entered the Iranian navy in 1984 following Iran’s 1979 Islamic Revolution after difficult negotiations and its sinking marks one the most serious naval disasters for the Islamic Republic. Tensions have loomed in the strategic Strait of Hormuz since last year over series of attacks on Iranian vessels by the US Navy as a retaliatory response to Iranian harassment of US vessels. 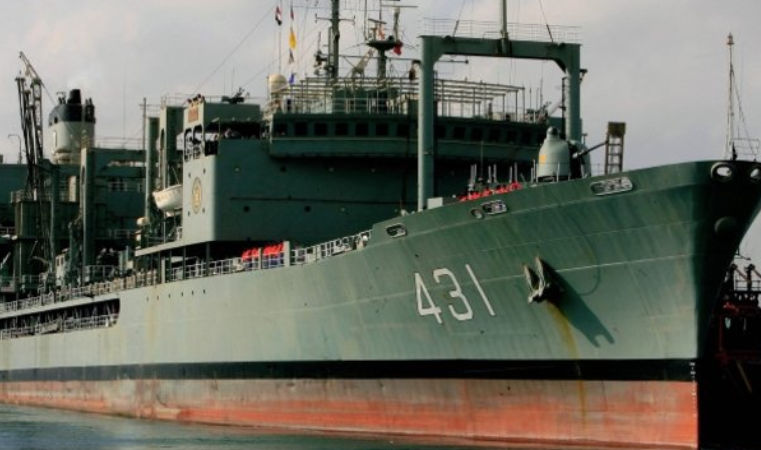 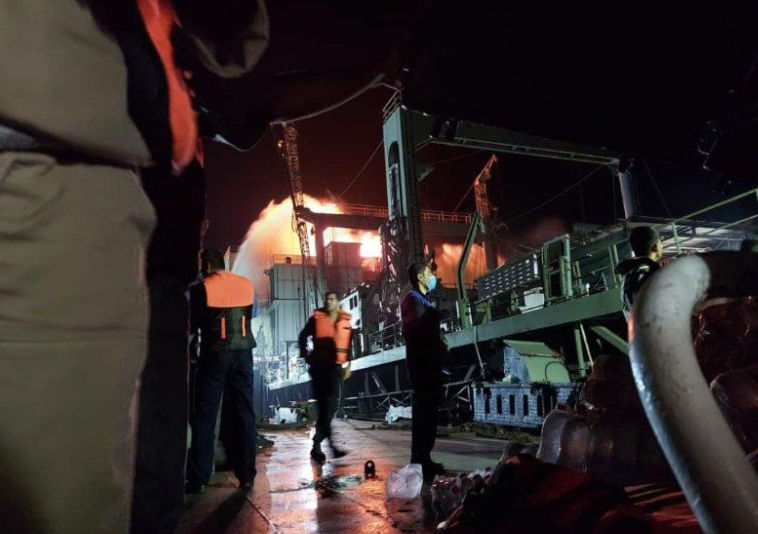 Despite Iran’s best efforts to send military personnel and fire fighters that led 20 hours of all-out efforts and the use of maritime relief facilities, the rescue operation of Kharg training support vessel “was ineffective and the vessel sank,” as per Iran’s state-run broadcasts. The ship sank at 8 am in morning, Iran time. Sources described that the military vessel was so gigantic that it could provide the electricity to an entire city such as to Bandar Abbas “so that by running all its generators and steam systems, it could reach 6000 kWh of electricity.” Iran’s naval forces have suffered one of the major setbacks.

“The cause of the accident is still unknown and as soon as the forces are transferred from Jask to Bandar Abbas, we will inform in this regard. This ship is one of the most advanced vessels of the Iranian military and is sometimes called a helicopter carrier," a public relations officer of the 1st Najaf region said in a televised statement after the burning Iranian vessel sank.

Tensions between the United States Navy and the IRGC were heightened during the past few days after US national security officials found that the Iranian vessel frigate and the Makran, a former oil tanker that was converted to a floating forward staging base, were headed south along the east coast of Africa, to Venezuela into the Red Sea.

At least three US military officials on condition of anonymity told Politico earlier yesterday that the move was perceived as “provocative” by US Naval forces and had created fresh rifts in US-Iranian relations. While US officials had said that Iran’s intention had remained ‘unclear’, the Iranian media had boasted about its 755-foot long Makran navy ship’s defense capabilities, asserting that it was capable of ‘electronic warfare’ and special operations missions. Iran’s state-run broadcasts warned that the Iranian vessel could easily carry six to seven helicopters, as well as drones, meanwhile, Kharg was a long-range operations vessel.

Over the years, Israeli naval forces have also carried out attacks on Iranian ships. Last month, Iran’s paramilitary Revolutionary Guard forces off the coast of Yemen escalated shadow war in Mideast waters after an alleged Israeli assault on the Iran’s MV Saviz, which IRGC described as the most extensive damage yet. The Israeli-US-Iranian vessels have indulged in limpet mine blasts targeting both commercial and military vessels. Last year, the US Navy accused Iran of using explosives that were launched at the US vessel’s hull. Footages released by US Navy showed members of Iran's Revolutionary Guard clearing vessels of unexploded limpet mines. Iran, however, denied targeting the vessels.

WE RECOMMEND
Judge tosses lawsuit from ex-Marine who was jailed in Iran
Netanyahu: Israel would risk 'friction' with US over Iran
Iran: 'no details' of Iran oil sold off by US
Iran confirms 'significant progress' in Nuclear Deal as talks resume in Vienna
Iran’s nuclear enrichment program at ‘bomb-making levels’: IAEA chief's warning