Thousands of Israelis renewed their weekly demonstrations in Jerusalem against Prime Minister Benjamin Netanyahu, asking him to step down.

Thousands of Israelis renewed their weekly demonstrations in Jerusalem against Prime Minister Benjamin Netanyahu, asking him to step down as country went into third COVID-19 lockdown. Since last year, Israel has been witnessing demonstrations with country residents demanding PM’s resignation over corruption charges and his mishandling of the pandemic. With over 487,680 cases and 3,651 deaths, Israel remains one of the most affected nations in the Middle East.

On January 9, Netanyahu received his second dose of vaccine against coronavirus in what he termed as an act to inspire people for inoculation. However, as he was taking the jabs, scores of Israelis coalesced in Jerusalem reiterating their criticism of their leader. Protesters on Saturday held signs reading ''Go,'' and ''Bibi, let my people go,'' referring to Netanyahu by his nickname. 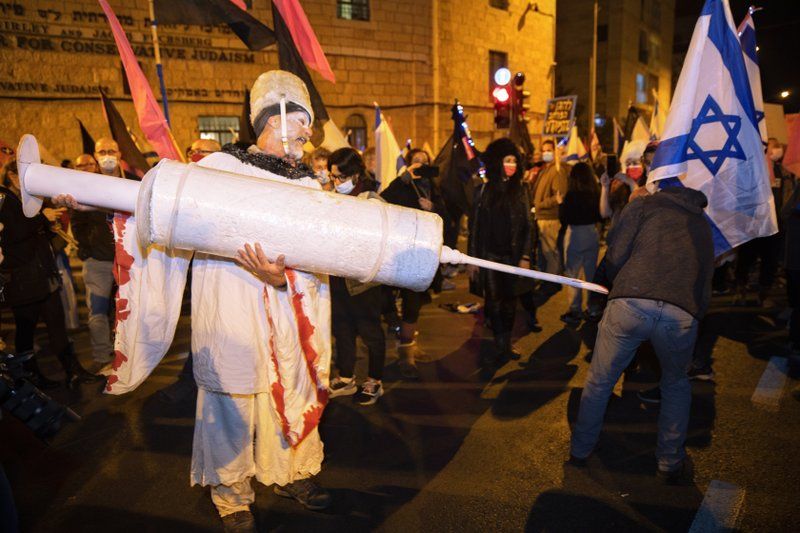 The Jewish country had last month imposed a third lockdown as infections surged. As per the new restrictions, authorities have shut the schools as the country moves forward with a world-leading vaccination drive. Meanwhile, Netanyahu's trial was set to resume this week but was postponed indefinitely amid the tighter restrictions. Netanyahu, who is accused of bribing media and favouring business tycoons, is the first-ever Israeli Prime Minister to go under trial while serving a term. in recent weeks, public outrage against him has intensified, fuelled by his bad handling of the COVID-19 pandemic.

Previously, hundreds of Israeli protesters gathered near the Supreme Court demanding investigations into Prime Minister Benjamin Netanyahu for a defence scandal. As per reports, Netanyahu has been linked to a graft scandal that involves the purchase of warships and submarines from German conglomerate ThyssenKrupp. Although the 70-year-old Leader has been questioned but yet not named as a suspect in the case, reports add.

Read: Israel: Stolen Artifacts From Across The World Recovered In Raids