Israel's Ambassador Naor Gilon said that he is 'privileged' by the opportunity given to him in taking forward the partnership between the two countries. 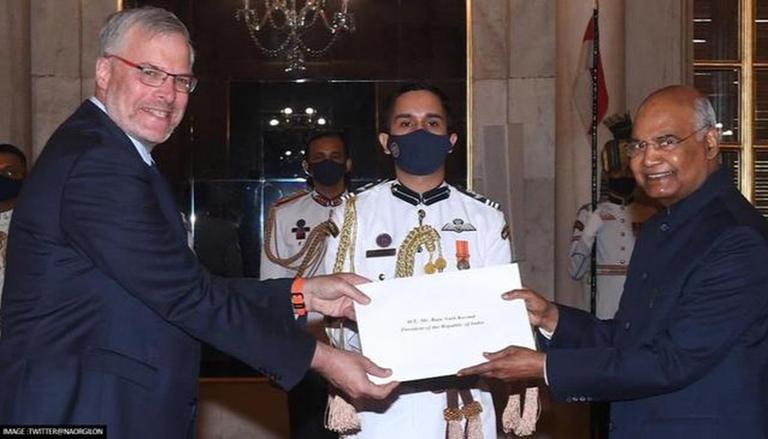 
Israel's Ambassador Naor Gilon presented his Letters of Credence to President Ram Nath Kovind at Rashtrapati Bhavan on Tuesday, 26 October. Gilon said that he is "honoured and privileged" by the opportunity given to him in taking forward the partnership between the two countries, according to ANI. He further asserted that the "friendship" between the two countries is based on ancient civilizations and strong democracies.

"I am honoured and privileged to be given this opportunity of taking forward the strategic partnership between Israel and India. Our friendship is based on our shared values as prominent ancient civilizations in the past and leading democracies in the future," ANI quoted Naor Gilon as saying.

Now the official picture of the credentials ceremony https://t.co/Vto3tR2bm7 pic.twitter.com/6q4IdRfJOr

Israel's new Ambassador Naor Gilon highlighted that in January 2022, the two countries will complete 30 years of Diplomatic Relations between Israel and India. He expressed confidence that the cooperation between the two countries in various fields will "continue to grow" in the upcoming years. He further stated that he looked forward to working with India.

"Next year in January, we will mark 30 years of Diplomatic Relations between our countries. I am sure that our close existing cooperation in different fields will only continue to grow and flourish in the coming years. I look forward to working closely with the people and the Government of India," Naor Gilon quoted as saying by the agency

The President congratulated the envoys on their appointment and wished them well in their efforts to deepen bilateral ties. During his interaction with all the four Ambassadors, President Kovind underscored the close bond India shared with each country. The Ambassadors reaffirmed their commitment to working closely with India in order to bolster the ties between the two countries.