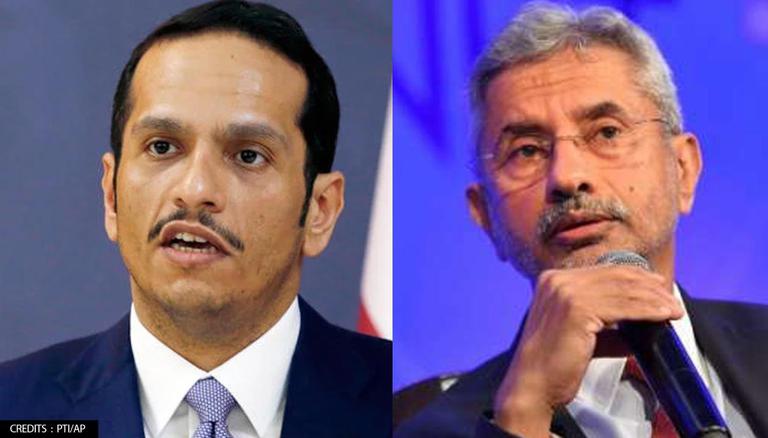 
Qatar's special envoy of the Foreign Minister for counter-terrorism and mediation of conflict, Mutlaq bin Majed Al-Qahtani met with the joint secretary JP Singh of the external affairs ministry’s Pakistan-Afghanistan-Iran (PAI) division, in New Delhi on Friday. Both sides reportedly exchanged views on the current situation in war-torn Afghanistan. Recent developments in the Afghan peace process is on the cards for the Qatari Special Envoy during his ongoing two-day visit to India.

As per sources, Al-Qahtani will meet the External Affairs Minister Dr S Jaishankar and the Foreign Secretary Harsh Vardhan Shringla, on August 7. The rendezvous between leaders holds relevance as vital Afghan peace talks are underway in Doha.
Qatar's Special Envoy also focused on bilateral affairs while discussing cooperation and issues with Sanjay Bhattacharya, responsible for diaspora affairs and oversees relations with the Arab world.

The next meeting between the Deobandi Islamist movement and the Afghan government will be held on August 11. According to a report by TOLO news, both sides agreed to continue their conferences and promote peace efforts in the war-led country. It is worth noting that this would be the first such meeting after the US military launched four airstrikes in support of Afghan government forces targeting Taliban insurgents at Kandahar province. Earlier this month, the first meeting was held in Qatar.
Senior officials from Pakistan, the United States, Russia and China will meet in Doha to prevent Afghanistan from slipping into another civil war. The so-called “extended Troika” meeting comes against the backdrop of the Afghan Taliban making rapid inroads in the war-ravaged country since the start of the US and NATO troops’ withdrawal and lack of coherence in Afghan peace talks.

The special representatives of these four key players last met in April in Doha. Both Russia and China have criticised the US for “hasty withdrawal” and declared that Washington has failed to bring about peace in the war-torn country.

Afghanistan has witnessed a series of terror attacks since the US began withdrawing its troops on May 1. The situation in Afghanistan has deteriorated in the wake of the US decision as the Taliban are intensifying their offensive in many areas of the country. The Taliban movement has claimed that it has gained control of about 85% of the country's territory, including the border regions with five countries — Iran, China, Pakistan, Tajikistan, and Turkmenistan.

READ | Afghan peace talks: Next meet between Taliban & govt to take place in Doha in August