At the Dubai Airshow on Sunday, Russia displayed a model of its brand-new fifth generation warplane Sukhoi Su-75 Checkmate. 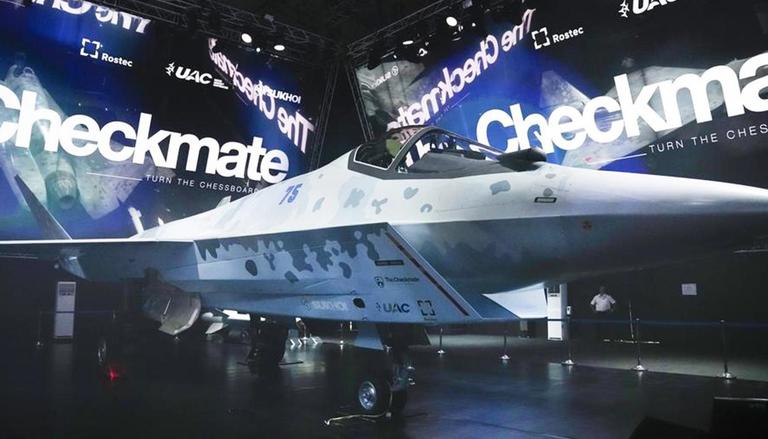 
At the Dubai Airshow on Sunday, Russia displayed a model of its brand-new fifth-generation warplane Sukhoi Su-75 Checkmate. It was the first time the warplane, which was unveiled in July, had been seen outside of Russia, and it was also attended by an Emirati delegation, according to the Russian state communication agency. A spectacular English-language computer system simulation video clip showcased the light tactical warplane, which can carry five air-to-air missiles at once and destroy several targets.

Yuri Slyusar, United Aircraft Corporation (UAC) director-general stated that the goal of this project is to give a high-quality, cost-effective, and appealing product to the customer. Since the Su-75 was introduced at the MAKS air show in Moscow in July UAC has been in intense touch with the Russian air force. According to Fight Global, he further said that the efficiency of this aircraft is of great importance to the air force. Aside from any potential domestic demand for the Checkmate, Slyusar points out that this aircraft is the base for co-operation for diverse client requirements, with Moscow willing to enter into cooperative development agreements with foreign countries.

The Su-75's flight-test programme is still under wraps, but UAC believes the jet will be ready to fly in 2025 or 2026, according to Flight Global. The aircraft on exhibit will be utilised as a ground-test asset for the programme and will be housed in an invitation-only pavilion at the event. The business claims that the new fighter will be ideal for a wide range of applications, with possibilities ranging from a two-seat model to optionally piloted and unmanned models.

UAE inked a preliminary agreement in 2017

Slyusar also said that they are very sure that there will be more customers, referring to the operational Su-57, which is also available in an E-model export configuration, according to Flight Global. The UAE inked a preliminary agreement in 2017 to purchase Sukhoi Su-35 warplanes and collaborate with Russia on a next-generation fighter, but little progress has been made so far.