Amid the recent surge in COVID cases, Saudi Arabia's administration issued a travel advisory, banning its citizens from visiting as many as 16 countries. 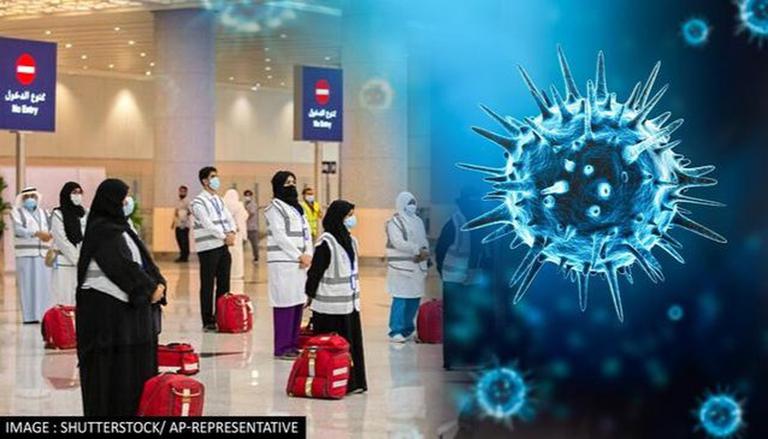 
Amid the recent surge in Coronavirus cases in some parts of the world, Saudi Arabia's administration issued a travel advisory, banning its citizens from visiting as many as 16 countries including India. As per the advisory, Saudi citizens have been barred from travelling to India, Afghanistan, Yemen, Lebanon, Turkey, Syria, Iran, Venezuela, Vietnam, Armenia, Belarus, Somalia, Libya, Indonesia, Ethiopia, and the Democratic Republic of Congo, ANI reported citing the Gulf News.

Furthermore, Saudi Arabia's Ministry of Health claimed that no cases of monkeypox virus have been detected in the country so far. According to Abdullah Asiri, Deputy Minister of Health for Prevention, the Kingdom is well-equipped to monitor and detect any potential monkeypox cases, as well as fight the virus in case of an outbreak. "Until now, cases of transmission between humans are very limited, and therefore the possibility of any outbreaks occurring from it, even in countries that have detected cases, are very low," he added.

WHO confirms 80 cases of monkeypox

Meanwhile, the World Health Organization (WHO) has confirmed 80 cases of monkeypox in as many as 11 countries and is seeking to better understand the outbreak's extent and cause. Earlier on May 20, the WHO stated in a statement that the virus is prevalent in some animals in several countries, causing outbreaks among local populations and visitors. Notably, Monkeypox is usually a mild self-limiting infection that lasts only a few weeks for most people. However, it can also affect people with severe illnesses. Mainly, the monkeypox virus is transmitted when a person comes into contact with the pathogen from an animal, human, or materials contaminated with the virus.

It is pertinent to mention here that monkeypox cases have been rising in several countries including the US, Spain, Portugal, Canada, Israel, Italy, Belgium, France, Germany, the Netherlands and the United Kingdom. Meanwhile, India's Health Minister Mansukh Mandaviya had asked health officials to keep a close watch as monkeypox cases have been rising in Europe. The Union Minister has instructed the National Centre for Disease Control (NCDC) and the Indian Council of Medical Research (ICMR) to be on alert.