Why is Riyadh courting Beijing... | Saudi Arabia's Tilt Towards China Is A Result Of Biden's Bad Policy, Says Mike Pompeo

Former US Secretary of State Mike Pompeo said that Xi Jinping's visit to Saudi Arabia was a result of America's flawed foreign policy of antagonisation. 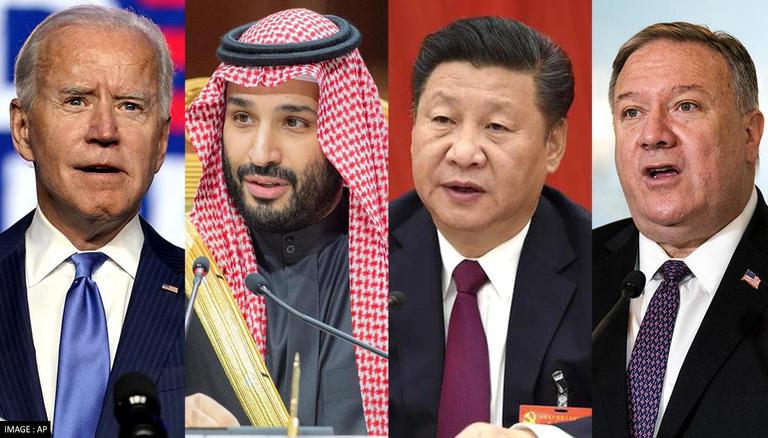 
Xi Jinping recently visited Saudi Arabia and he was welcomed with pomp and glory, unlike the welcome US President Joe Biden received when he visited the nation earlier this year. Former US Secretary of State Mike Pompeo said that Xi Jinping's visit was a result of America's flawed policy. Pompeo blamed the Biden administration for its flawed policy on Saudi Arabia. During the campaign of 2020 presidential elections, Joe Biden vowed to make Saudi Arabia a "pariah" state.

Pompeo said that statements like this antagonised Saudi Arabia and made it hedge its relationship with the US. "When you won't be partners with your friends and your allies, and you offend them, and you simply won't do anything to push back against your adversaries, like Xi Jinping, you see exactly this kind of hedging behavior," Pompeo said, as per a report from Axios. "When you do those things, you will hurt the American people all across this country. And what you saw happen in the Kingdom this week is a direct result of bad American policy," he added. The former Secretary of State was speaking to Fox News Sunday.

Relationship between Saudi Arabia and USA

The United States and Saudi Arabia have a long history of close political, economic, and military ties. These ties developed in the 20th century, as the US began to rely heavily on Saudi oil and the two countries found themselves on the same side in regional conflicts and global political struggles. One of the key factors in the development of the US-Saudi relationship was the discovery of vast reserves of oil in Saudi Arabia in the 1930s.

As the global demand for oil grew, the US became increasingly reliant on Saudi oil, and the two countries began to develop strong economic ties. In addition to the economic ties, the US and Saudi Arabia have also been close military allies. In the aftermath of World War II, the US established a military presence in Saudi Arabia to protect the kingdom from external threats and to ensure the steady flow of oil. This military presence has continued to the present day, with the US maintaining a significant number of troops in the country.

Another factor in the development of the US-Saudi relationship has been their shared political goals and interests. Both countries are supporters of the state of Israel, the US overtly, and Saudi Arabia covertly, as they want to counter the influence of Iran in the Middle East. The US and Saudi Arabia have also been key players in the ongoing conflicts in Syria and Yemen. But the rhetoric Biden used to talk about Saudi Arabia has now become a source of friction between the two nations. If Saudi Arabia tilts more towards China, it will be a major grand strategic loss for the US. During Xi's visit to Riyadh, the two states said that they were determined to pursue more cooperation and coordination in the defence field.

How Saudi Arabia is practicing hedging in geopolitics

Saudi Arabia is an important partner for the US in the region but Riyadh is now seeking closer relations with China, as it does not want to put all its eggs in America's basket. In recent years it has been working to build closer ties with China as well. This "hedging" of its relationship with the US can be seen in a number of ways. First, Saudi Arabia has been increasing its economic ties with China. As China's economy has grown, it has become an increasingly important market for Saudi Arabia's oil exports. In recent years, China has overtaken the United States as the largest importer of Saudi oil, and the two countries have signed a number of agreements to expand their economic cooperation. In addition to oil, Saudi Arabia is also looking to China as a potential market for its other exports, such as petrochemicals and agricultural products.

Second, Saudi Arabia has been strengthening its military ties with China. In 2017, the two countries signed a memorandum of understanding on defense cooperation, and in 2018 they held their first-ever joint military exercises. In addition, China has been providing military training to Saudi forces and has reportedly been in talks to sell weapons to the kingdom. This growing military cooperation is seen as a way for Saudi Arabia to diversify its security relationships and reduce its reliance on the United States.