Suez Canal Blockade: Authorities In Egypt Demand $550 Million From Ever Given Owner

Authorities in Egypt are demanding at least US$550 million in compensation from the Japanese owner of the cargo ship that got stuck in the Suez Canal. 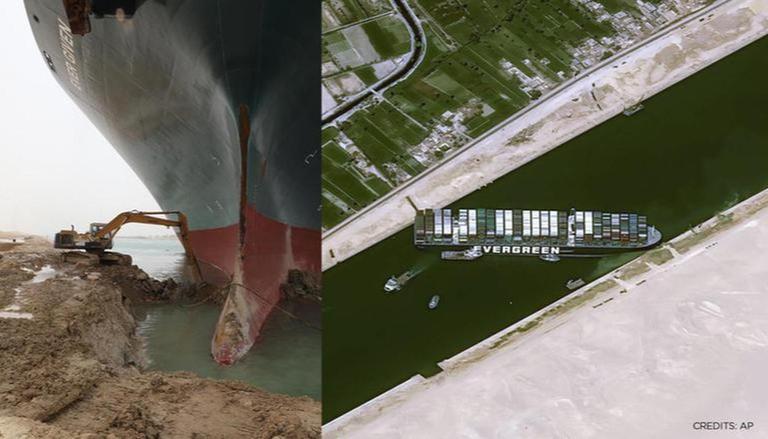 
Authorities in Egypt are demanding at least US$550 million in compensation from the Japanese owner of the cargo ship that got stuck in the Suez Canal for nearly seven days in March blocking all the traffic in one of the world’s busiest and vital waterways. As per news agency ANI, the Ever Given which is operated by the shipping company Evergreen got stuck in the essential waterway and hence prevented other vessels from travelling through the passage. Initially, the Suez Canal Authority demanded around US$920 million in compensation.

During a press conference on May 30, the officials of the canal authority said that over 600 workers were required in order to refloat the ship and demanded compensation for a worker who was killed when a salvage ship sank. Reportedly, the officials also argued that the among they are demanding the ship’s owner Shoei Kisen Kaisha, based in Ehime Prefecture, western Japan is appropriate. However, the shipowner has offered to pay US$150 million.

Egyptians have made it evident that they will not neglect their rights even though they have noted the importance of maintaining good relations with the Japanese owner. Meanwhile, the court has ruled that the giant vessel, Ever Given will remain in Egypt until the compensation money is paid. As per reports, about 12% of global trade passes through the artificial canal that connects the Mediterranean to the Red Sea providing the shortest sea link between Asia and Europe.

The Suez Canal was originally engineered to handle much smaller vessels than the beached vessel, Ever Given which is also one of the world’s largest container ship. As per the New York Times report, the 200,000-tonne ship is about the length of the Empire State Building. But the channels of the waterway have been widened and deepened several times.

However, poor visibility and high winds made Ever Given’s piled up containers act like sails and are reportedly believed to have pushed the massive ship off the course, eventually leading to its grounding on March 23. The ship ran aground and become lodged sideways across the waterway on March 25 morning leaving other ships trapped on either side.

It was not immediately clear what caused the giant container ship to become wedged on March 23 morning but a global shipping and logistics company GAC reportedly said that the ship had experienced a blackout.

At the time, an Egyptian official, who spoke to the Associated Press on the condition of anonymity also blamed the strong winds that led to the ship being stuck in the Suez Canal resulting in one of the worst maritime traffic jams. Egyptian forecasters reportedly said that high winds and sandstorm had roiled the area on March 23 and the winds were gusting as much as 50kph or 30 mph. Despite the aggressive winds, it is still not fully clear how it alone pushed a fully laden vessel weighing nearly 200,000 tons.