Ahead Of Polls, Pak PM Imran Khan Promises To Allow PoK To Be Independent If It Wishes So

Rallying for the Pakistan Tehreek-e-Insaf (PTI), Pak PM Imran Khan on Friday promised to citizens of PoK that Islamabad will hold an UN-backed plebiscite 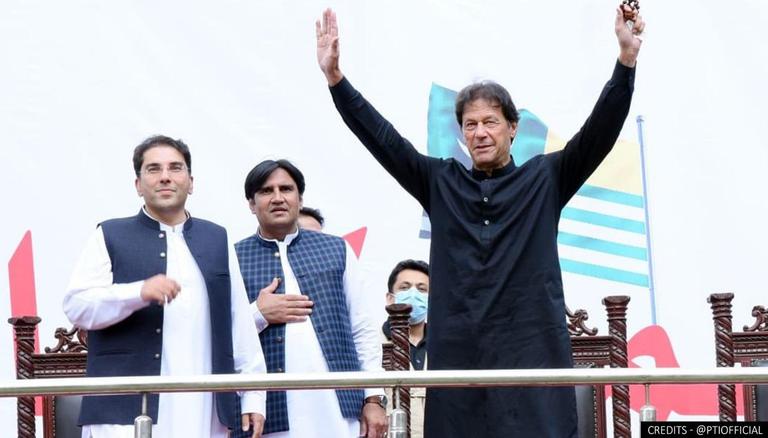 
Rallying for the Pakistan Tehreek-e-Insaf (PTI), Pak PM Imran Khan on Friday promised to citizens of Pakistan Occupied Kashmir (PoK) that Islamabad will hold an UN-sponsored plebiscite and allow the territory to join Pakistan or remain an independent nation if they wished. Holding two rallies at PoK's Tarar Khal and Kotli, Khan dismissed allegations that the govt will convert PoK into a province. PoK is set to go to polls on July 25, despite appeals to postpone the polls for two months due to the threat of a resurgence of the coronavirus.

"We will hold another referendum whereby Kashmiri people will be asked to decide whether they want to live with Pakistan or as an independent nation. Remember, the decision has to be made by the Kashmiris themselves. The day is not far when you will decide about your future status of your own free accord,” he said.

Incidentally, Article 257 of the Pakistan Constitution does not accommodate an 'independent Pok', stating, “When the people of the State of Jammu and Kashmir decide to accede to Pakistan, the relationship between Pakistan and the State shall be determined in accordance with the wishes of the people of that State”.

Slamming the Opposition parties PML-N and PPP, Imran Khan said, "You should ask what they did to ameliorate the lives of people and how much fight they put up for Kashmir cause in the outside world during their respective governments". Dresging up PM Modi's visit to Islamabad for Sharif's daughter's wedding, he added, "How many times Asif Zardari and Nawaz Sharif have taken the name of the RSS? How many times have they raised their voice against the RSS ideology crushing the Muslims and other minorities”.

Recently, PML-N Vice President Maryam Nawaz warned Khan that any attempt to stop her party in the upcoming Kashmir elections would be dealt with severely. While addressing a rally in Islamgarh, Maryam said that people of Pakistan-occupied Kashmir (PoK) have already ruled in favour of PML-N. She even went on to say that her party candidates have already won the election. "The PTI is greeted with rotten eggs and shoes [wherever it goes]," Maryam said, adding that the PML-N was no longer the party that it was in 2018.