Pakistan Peoples Party (PPP) chairman Bilawal Bhutto Zardari said on Tuesday that the country can not afford any more U-turns over its stance on Afghanistan. 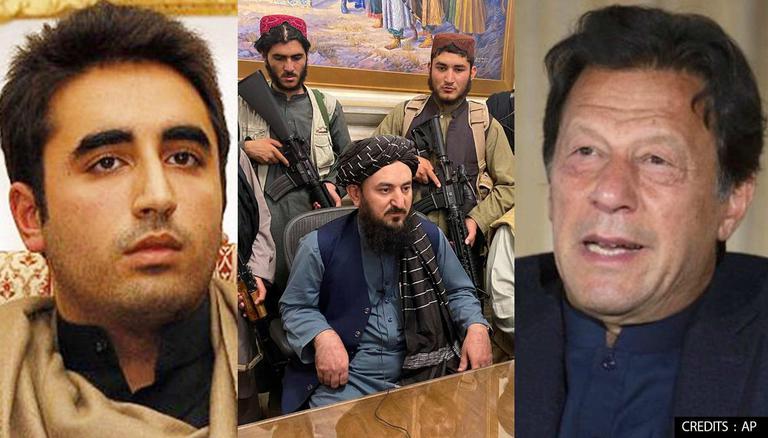 
Taking a jibe at Pakistan Prime Minister Imran Khan, Pakistan Peoples Party (PPP) chairman Bilawal Bhutto Zardari said that the country cannot afford any more U-turns over its stance on Afghanistan. During a press conference on August 17, as per ANI, Zardari said that the Pakistani government should come up with a clear policy on the warn-torn country being re-conquered by the Taliban. He appeared to target Khan over changing his views on the current situation in neighbouring Afghanistan but first calling it “breaking chains of slavery” to urging people to “stay engaged” with the Taliban. Khan, in one instance, also supported the US withdrawal of troops.

“Prime Minister Imran Khan had come up with a stance on every vital national issue, but later on he took a U-turn on that, creating confusion in the country. Pakistan could not afford any more U-turns at this critical juncture," said Zardari, as per ANI.

PPP leader Bilawal also said that the Imran Khan-led government should not compromise on the issue of terrorism in the country and the National Action Plan (NAP) should be implemented in the letter as well as in spirit. Zardari said that the fall of Ashraf Ghani’s government to the Taliban had coincided with the incidents of terrorism in Dasu, Quetta and Karachi. He further said that if the Pakistan government did not continue to implement NAP, it would pose a threat of such incidents occurring in the future. Zardari’s remarks came in the backdrop of the world accusing Pakistan of assisting the Taliban and harbouring the extremists.

Meanwhile, Taliban on August 17 supplied military equipment and weapons to Pakistan through the Torkham Border, said Afghan military commander Sarfaraz on August 18, saying it is “confirmed news.” Days after the Taliban claimed control over Afghanistan and the Ashraf Ghani-led government fell to the devastating offensive of the group, Sarfaraz made the claim in English on Twitter on Wednesday. He not only questioned the extremists “why” but also noted that the Afghan military is under “direct aggression” of the Inter-Services Intelligence (ISI), the premier intelligence agency of Pakistan.

I have recieved confirmed news, Taliban last night supplied our millitary equipments and weapons to Pakistan via Torkham Boarder.

TALIBAN MUST ANSWER, WHY?

WE ARE UNDER DIRECT AGGRESSION OF ISI. RESISTANCE2 IS MUST. WE ARE PREPARING.

WE RECOMMEND
Taliban supplied military equipment and weapons to Pakistan, claims Afghan commander
What is the Taliban? How did Taliban emerge? What was Afghanistan before 9/11, 2001?
Afghanistan: Face-off between 'caretaker' President Saleh & Taliban over Panjshir Valley
China recognises Taliban's Islamic govt in Afghanistan: 'We respect people's decision'
Afghanistan: Taliban laugh when asked if 'Afghans can vote women politicians', watch