IMF programme will likely be suspended because the Imran Khan-led federal govt might be unable to implement major conditions of the sponsored programme. 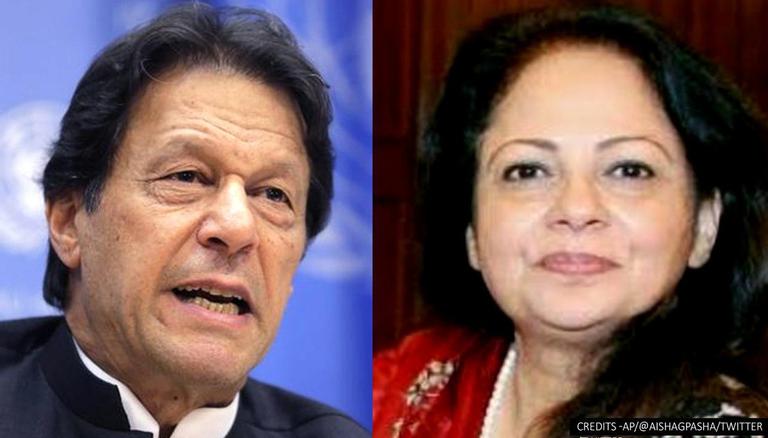 
The International Monetary Fund (IMF) programme will likely be suspended because the Imran Khan-led federal government might be unable to implement major conditions of the sponsored programme in its upcoming budget. While speaking to The News International, the former finance minister of Pakistan's Punjab province, Aisha Ghous Pasha said that the government wants to get IMF support so that it can get loans. Pasha added that the Fund programme is, however, moving towards suspension if the government does not implement conditions in the upcoming budget.

Pasha, who is a Pakistan Muslim League-Nawaz (PML-N) Member of National Assembly (MNA), said: "The government wants to get the support of the IMF so that it can get loans from other multilateral creditors through comfort letter. The Fund programme is moving towards suspension if the government does not implement conditions in the upcoming budget”.

She further highlighted that if the Pakistan Tehreek-e-Insaf (PTI) government went ahead with the IMF conditions, including a hike in electricity tariff by 30 per cent, fetching additions revenues by Pakistani Rs 1 trillion and ensuring autonomy to the State Bank of Pakistan (SBP) and the National Electric Power Regulatory Authority (NEPRA), the political revolt could occur in Pakistan. Pasha also compared the development spending in Punjab during the previous and current administration and said that the utilisation of development spending in Punjab stood at 470 billion in 2017-18 and then it decreased to Pakistani Rs 242 billion next year in 2018-18 under the PTI regime.

Pasha said that there were major flaws in policymaking and executions as it seemed that kids were running the economy of the country. She added that the devaluation was done in haste and the discount rate hiked it, resulting in doubling of the debt servicing. Pasha also lambasted that the incumbent government did not allow anyone to work in a calm atmosphere as several finance ministers and secretary finance got changed, with the sword of the National Accountability Bureau (NAB) hanging over their heads.

She said that the government went to IMF without having proper homework and that per capita income had declined under the PTI-led regime. She also noted that unemployment had risen as life standards deteriorated.