"When you say that petrol prices have increased, it's cheaper for Pakistan. But I must tell you we need to increase fuel prices, else our debt will increase" 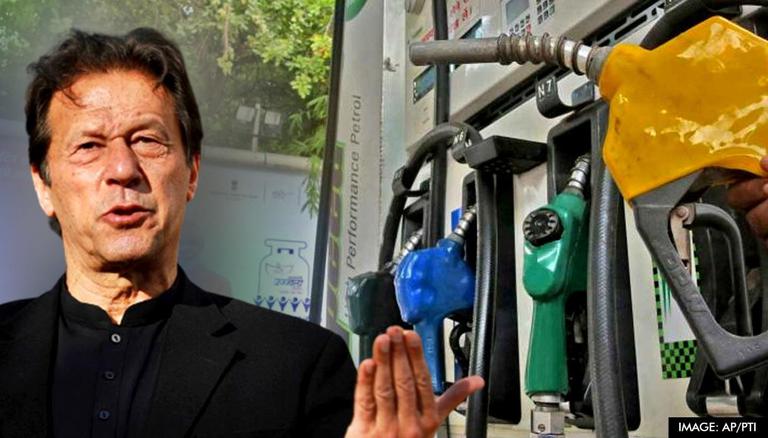 
Prime Minister Imran Khan has cited India's fuel prices to justify the record prices of fuel in his country. Reasoning the prices of fuel in Pakistan, Khan said that petrol prices need to be increased to tackle the growing debt crisis. In addition, he also compared the prevailing prices in Pakistan to India and Bangladesh. He added that Pakistan has the 'cheapest' fuel as compared to other countries.

"When you say that petrol prices have increased, it's cheaper for Pakistan. But I must tell you that we need to increase fuel prices, else our debt will increase. But if you compare this with India, they are selling petrol for  (Pak Rupee)Rs 250 per litre and in Bangladesh they are selling for Rs 200 per litre. In Pakistan, we are selling it for Rs 138 per litre," said Imran Khan. One Pak Rupee is worth 44 Indian paise.

The Imran Khan-led Pakistan government has increased petroleum prices by up to Pakistani Rupees 8.14 per litre, according to local media reports on Friday. The decision to hike the prices was announced by Pakistan's ministry of finance. The government has increased the price of petrol and high-speed diesel by Rs 8.03 and Rs 8.14 per litre, respectively. Similarly, the prices of kerosene and light diesel oil were increased by Rs 6.27 and Rs 5.72 per litre, respectively, said the Pakistani publication.

Economic crisis looms in Pakistan under Imran Khan. According to a recent report, the country also needs gross external financing of USD 51.6 billion within a two year period (2021-2023) in order to tackle the arising challenges. Moreover, the country continues to remain on the FATF's grey list for failing to take action against operatives of designated and banned terror outfits and organisations, money laundering, terrorist financing and proliferation financing. The much-touted lifeline of the country, the China Pakistan Economic Corridor (CPEC) is also not fructifying as planned, with terror activities in Pakistan disrupting various projects, the most recent and high-profile of which was the death of 9 Chinese engineers in a bus blast Khyber Pakhtunkhwa.