Pakistan PM condemned the attack on the Hindu temple, as he said that he ordered provincial police to catch perpetrators and reconstruct the temple. 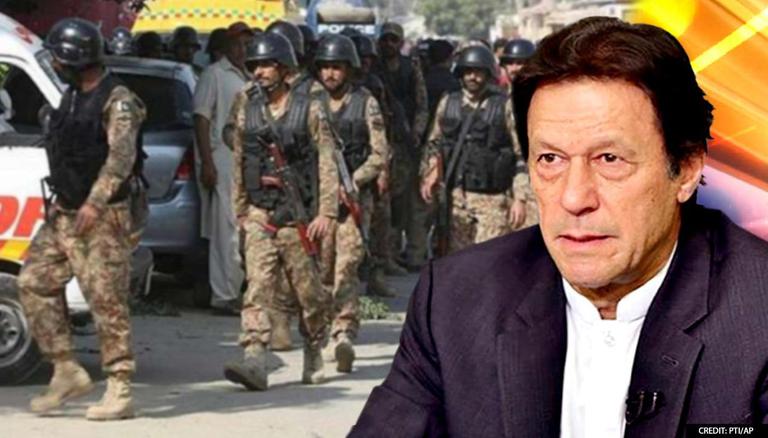 
Pakistan charged an eight-year-old Hindu child under the draconian blasphemy law on Sunday after it alleged that he had ended up urinating on a carpet in the library of an Islamic religious school. While the boy was held under protective police custody, his family had remained hidden due to the threat to their safety, the Guardian reported. The child, whose name has not been disclosed, was unaware of the controversy as he is underaged, but his family now says that they had to flee their shops and work and that the entire community of faith was scared and had to take refuge at a safer spot fearing the backlash from the majority Muslim community.

The child was “falsely indulged in these matters,” the family told the newspaper. “He is not even aware of such blasphemy issues,” they continued.

“We don’t want to return to this area. We don’t see any concrete and meaningful action will be taken against the culprits or to safeguard the minorities living here,” the petrified family told reporters on Sunday, adding that the kid was too young to figure out what had happened. The boy at the young age that he is, has remained clueless about his crime. Regardless, he was arrested and was made to serve prison time for a week.

In the Bhong city of the conservative Islamic district of Rahim Yar Khan in Punjab, Pakistan, the Hindu community fled their homes after an agitated Muslim mob launched an attack on the Siddhivinayak temple and desecrated the idols as tensions escalated. They then set the temple on fire. Police in Pakistan detained at least twenty people in connection with the arson on the Hindu structure.

A lawmaker and head of the Pakistan Hindu Council denounced such acts of agitation and the decision of sending an 8-year-old to prison saying that such blasphemy charges on minors and subsequent attacks on the temple had literally shocked him. Nearly a hundred Hindu families left behind their homes and escaped the neighbourhood in fear of being hurt or attacked.

Pakistan Prime Minister Imran Khan condemned the violent mob attack on the Hindu temple as he told the state press that he had ordered the provincial police chief to take action against the perpetrators and restore the Hindu temple. Police is hunting the attackers, Police spokesman Ahmad Nawaz told the state media.

Where is @Malala ?
A #Hindu temple is being burnt and they are shouting "Allah Hu Akbar"
Why are you silent and why is the whole world silent about this horrible activity in #Pakistan ?@POTUS @UN @KamalaHarris @TarekFatah @ShefVaidya @AdityaRajKaul @gauravcsawant
@Sanjay_Dixit pic.twitter.com/QkrXfWGYjg

The Blasphemy law in Pakistan has been disproportionately used to exploit those who hold religious freedom. The country uses the law to incite harassment, violence, and murder unjustly on those being accused, causing people who are charged with blasphemy to have to fear for their lives regardless of the outcome of judicial procedures. Pakistan’s Blasphemy laws are often abused to serve in the interest of the accuser.

Victims of blasphemy are sentenced to death for defamation of Islam, or defamation of the prophet. While several countries have condemned Pakistan for enforcing such controversial laws, the US Commission on International Religious Freedom USCIRF had highlighted illustrative examples to demonstrate the plethora of ways that Pak governments’ enforcement of blasphemy laws undermined human rights, including freedom of religion or belief and freedom of expression. “USCIRF has consistently called on countries to abolish blasphemy laws,”  USCIRF Vice Chair Tony Perkins had said in a statement.