In another setback to Freedom of Press in Pakistan, a prominent journalist was taken off air for speaking against the Imran Khan administration and military. 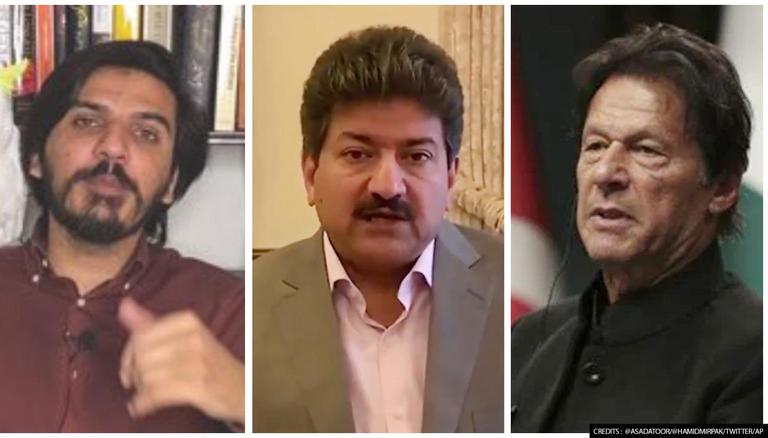 
After a prominent senior journalist was taken off air for speaking against the Imran Khan administration and the country’s military, Pakistan faced "severe" criticism, as per ANI. Hamid Mir, who had hosted various talk shows and authored several columns, recently gave a speech at a demonstration against the government. It is imperative to note that that demonstration was held to voice against an attack on Asad Toor, another journalist who was ambushed by three masked men after he lampooned the country’s government publically. 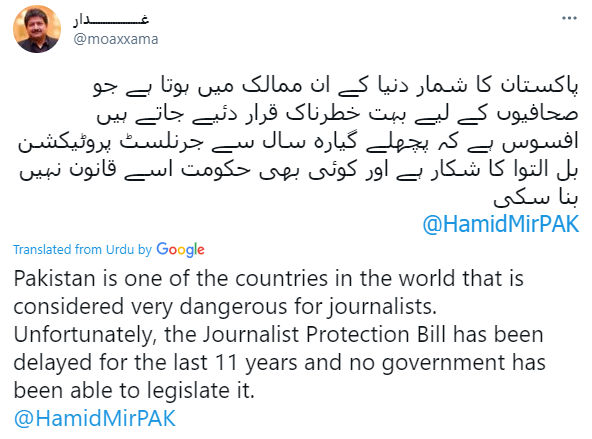 Thanks to all the office holders and members of the Khyber Pakhtunkhwa Bar Council for the support pic.twitter.com/aKehTPkaLl

The coercive action against Hamid Mir drew widespread condemnation with the Human Rights Commission of Pakistan calling for him to be allowed to resume professional duties immediately. Slamming the fascism prevailing in the country, Pakistan Muslim League-Nawaz spokesperson Marriyum Aurangzeb slammed the attempt to intimidate journalists. Meanwhile, Absar Alam, a veteran journalist who survived an assassination attempt a few weeks ago tweeted, "It’s shameful to threaten anyone’s family. If anyone has a complaint against Hamid Mir, that person should follow the legal path instead of resorting to unconstitutional and fascist acts".

READ | Onus of 'building bridges' with India is on Pakistan: Army chief

HRCP strongly condemns the decision to take @HamidMirPAK off the air three days after he spoke fervidly against the escalation in curbs on press freedom. He must be allowed to resume his professional duties immediately and the threats against him investigated. @geonews_urdu pic.twitter.com/1d8WhJHwKA

Fascism continues to silence journalists and free media through pressure tactics.Ban on @HamidMirPAK is a blatant violation of constitutional right to freedom of expression.#JournalismIsNotACrime

While both the incidents have triggered outrage by international organisations, Pakistan administration has denied any links to the attacks. As per ANI, Pakistani Information Minister Fawad Hussain Chaudhry asserted that the administration had nothing to do with the working of any broadcast group and that all of them independently decided to air their programmes and to appoint or sack their teams. Similarly, on the attack against Toor, the Information Ministry said in a statement that the Inter-Services Intelligence (ISI), Pakistan's excessively powerful spy agency, had "totally disassociated" itself from the attack.

Pakistan which ranks 9th on the CPJ's Global Impunity Index has seen an increase in the censorship and repression faced by journalists after Imran Khan took over as the PM in 2018 after an election perceived to have been rigged by the military. IN past, Pakistan, which has faced severe backlash for obstructing journalism and harassing its practitioners, recently passed Pakistan Media Development Authority (PMDA) ordinance 2021, which seeks to centralize media under one authority and has called for swift punishment for those who violate new laws in the country. The draconian law has been severely criticized by Pakistani Journalists who’ve called it ‘Media Martial law’.