"I'd like to utter my condemnation & there needs to be free & fair investigation. Attack on former PM or anyone needs to be probed in an impartial manner." 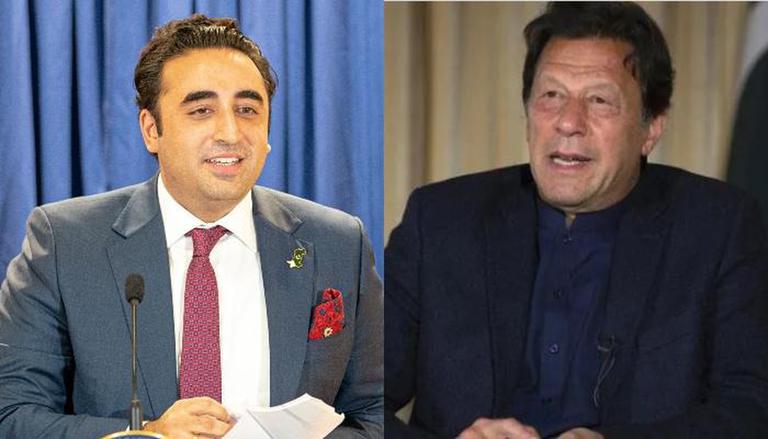 Pakistan Foreign Minister Bilawal Bhutto Zardari on Tuesday condemned the assassination attempt on former premier Imran Khan, and demanded a "free, fair and impartial probe in the case to bring the facts forward.

Khan, 70, suffered bullet injuries in the right leg on November 3 when two gunmen fired a volley of bullets at him and others in the Wazirabad area of Punjab province, where he was leading a protest march against the Shehbaz Sharif government.

"I was hit by 4 bullets," Khan said in his address to the nation from a hospital in Lahore on November 4, a day after he was shot during a rally in Punjab province.

"I'd like to utter my condemnation absolutely there needs to be free and fair investigation. An attack on the former prime minister or anyone needs to be probed in an impartial manner," Bilawal said in an interview to CNN, adding that the investigation should be conducted in a proper manner to bring the facts forward.

"Who can feel the pain of terrorism more than Bilawal," he said, referring to the assassination of his mother and former prime minister Benazir Bhutto during an election rally in 2007.

Chaudhry also urged the Pakistan Peoples Party (PPP) chairman to release the detained PTI workers in Sindh who were also just demanding a free and fair probe into the attack on Khan.

Police in Pakistan's Punjab province on Tuesday registered an FIR in the assassination attempt on the PTI chief, days after the incident, and named the assailant Naveed Mohammad Basheer, as the prime accused in the case.

The move comes after the Supreme Court on Monday ordered the provincial government to file an FIR in the assassination bid on Khan within 24 hours.

However, it does not mention the names of Pakistan Prime Minister Shehbaz Sharif, Interior Minister Rana Sanaullah and a senior Pakistan Army official Major General Faisal Naseer, three people who Khan had accused of hatching a plot to assassinate him.

Meanwhile, a notification has been issued by anti-terror court chief Khurram Khan, stating that a three-member special prosecution team has been formed to investigate the case of the assassination of the ousted premier, according to the Express Tribune newspaper.

The panel will give [a] line of inquiry to the investigating officer/ JIT (joint investigation team), provide guidance for collection of properly admissible evidence and conduct the remand of the accused before the anti-terrorism court, the notification stated.

Khan underwent surgery for the gunshot wounds at the Shaukat Khanum Hospital owned by his charitable organisation. He was discharged from the hospital on Sunday and moved to his private residence in the city, hospital officials said. His march to the federal capital, demanding fresh elections, was suspended after the shooting last week.

Khan, ousted from power in a parliamentary vote of no confidence in April, says he will not join it while he recovers from his injuries. The federal government has rejected Khan's demand for fresh elections, which are due only after August next year.

The political turmoil in Pakistan comes as it reels from the economic crisis and the effects of devastating floods.