The former chairman of Pakistan's Federal Board of Revenue Shabbar Zaidi has said that the country is "bankrupt" and it is better to recognise the reality. 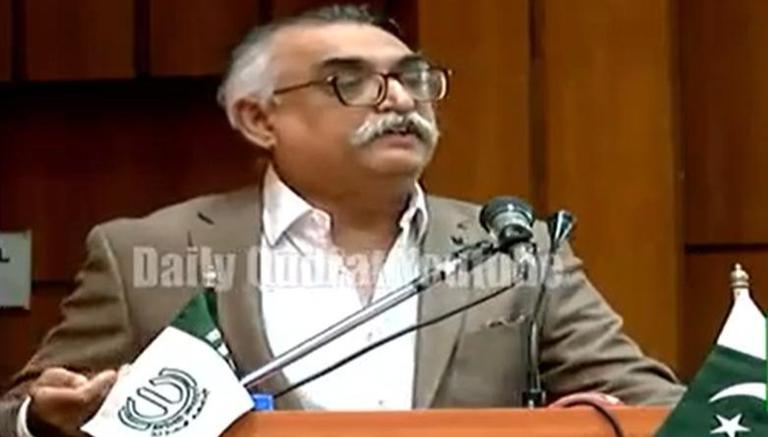 Zaidi, who made the country and the whole world familiar with the current situation, was chairman of the apex tax authority from 10th May 2019 to 6th January 2020. During his speech, Zaidi said that he had not yet fully understood the China-Pakistan Economic Corridor (CPEC) project and demanded transparency in the most touted project.

"They say we have achieved great success and we brought tabdeeli (change), but this is wrong. In my view, the country is, at the moment, bankrupt and not a going concern, Zaidi said.

"It is better if you decide first that we have reached bankruptcy and we have to move forward compared to saying everything is running well and I will do this and that. These are all things to deceive the people," added Zaidi.

The whole truth told by the Ex Chairman FBR Shabbar Zaidi, who was once an insider. pic.twitter.com/3abSv6Q1Bu

Have a look at the tweets of Zaidi:

I reiterate that I 100% stand by my words. Suggest to see the concluding remarks also tweeted. This speech was about past fifty years. There is a reality that all rulers have failed. If the patient is seriously ill surgery is required not tonics. I conclude patient is not well.

Zaidi says he failed to understand the CPEC project

While expressing his views on the China-Pakistan Economic Corridor, Zaidi acknowledged that he had failed to understand the relevance of the project. He lamented the confusion over projects that were a part of CPEC. It is worth mentioning that CPEC is one of the most touted infrastructures projects in Pakistan.

The main aim of the project is to plan a network of roads and railways with the help of the Chinese Communist government. The project was started in 2013 under the leadership of then Prime Minister Nawaz Sharif. Initially, it was valued at $47 billion but due to repeated delays, the value of CPEC project is worth $62 billion as of 2020.

Meanwhile, a short clip of Zaidi, where he uttered the real situation of Pakistan, went viral on several social media platforms including Twitter. After facing a backlash from his own country, he posted a series of clarification tweets. Though Zaidi said the video was just a small portion of his speech, he added that he stands by his words.

Also, he shared a link for the full video. "Yes I said that with this constant current account & fiscal deficit there are issues of bankruptcy & going concerned but look at the solution," he tweeted. Further, in the next tweet, the former chairman of Pakistan's Federal Board of Revenue said Pakistan's total foreign debt stood at over $115 billion, while its current account deficit was between $5 billion to $8 billion.

However, he did not blame incumbent PM Imran Khan for the mess but added that none of the governments worked for the betterment of the country.