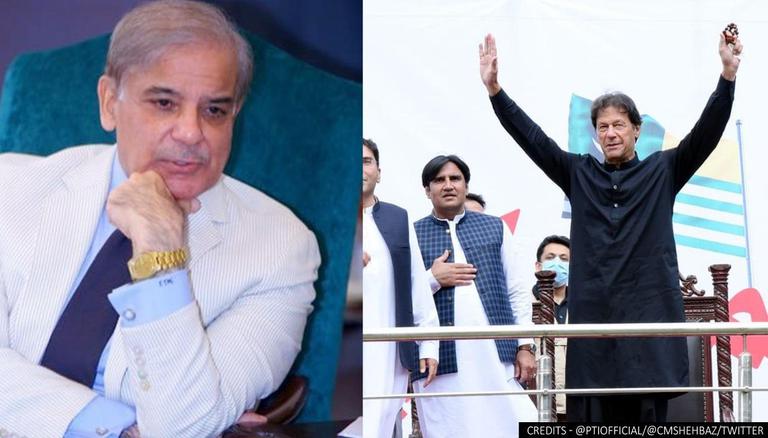 
Slamming Pakistan PM Imran Khan's 'plebiscite promise' to Pakistan occupied Kashmir (PoK), leader of Opposition Shehbaz Sharif on Saturday, said that his remarks were damaging for the Kashmir cause. Rejecting any stance that is not rooted in the UNSC resolutions, Sharif alleged that Khan's remarks had given India space to maneuver. Imran Khan has promised to hold an UN-sponsored plebiscite and allow PoK to join Pakistan or remain an independent nation if they wished. PoK is set to go to polls on July 25 amid tight security.

Casual remarks by PM IK in a political gathering are damaging for the Kashmir cause. His government's Kashmir policy has already given India space to maneuver. We reject any stance that is not rooted in the UNSC resolutions & the country's historical position.

On Friday, while rallying for the Pakistan Tehreek-e-Insaf (PTI), Pak PM Imran Khan promised a plebiscite in PoK to decide its fate to join Pakistan or remain independent. Holding two rallies at PoK's Tarar Khal and Kotli, Khan dismissed allegations that the govt will convert PoK into a province. Incidentally, Article 257 of the Pakistan Constitution does not accommodate an 'independent Pok', stating, “When the people of the State of Jammu and Kashmir decide to accede to Pakistan, the relationship between Pakistan and the State shall be determined in accordance with the wishes of the people of that State”.

"We will hold another referendum whereby Kashmiri people will be asked to decide whether they want to live with Pakistan or as an independent nation. Remember, the decision has to be made by the Kashmiris themselves. The day is not far when you will decide about your future status of your own free accord,” he said, contradicting his Constitution.

The Pakistan Army said that it will deploy troops in PoK at the request of local authorities to maintain peace during the upcoming general election for the legislative assembly. The top election official of the region last month announced to hold the elections for the PoK legislative assembly on July 25. The PoK Assembly has 53 seats where 20 lakh voters will decide the fate of 700 candidates. Last year, Pakistan conducted the legislative assembly election in Gilgit-Baltistan. India had slammed Pakistan for its decision to hold elections in Gilgit-Baltistan and said any action to alter the status of the militarily-occupied region has no legal basis.