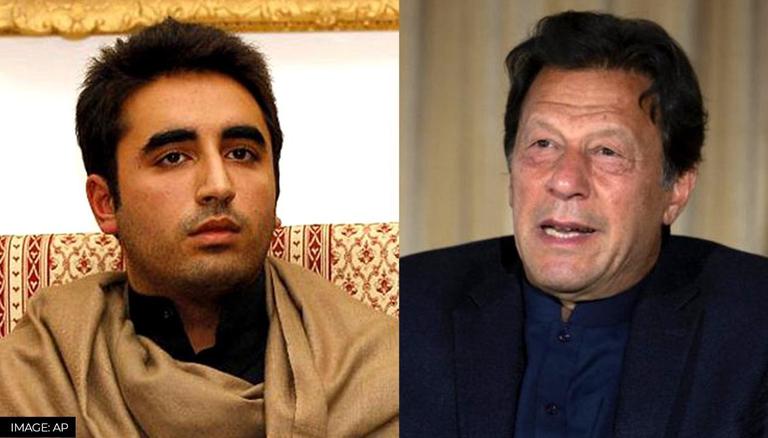 
Lashing out at Pakistan Tehreek-e-Insaf (PTI) government over the country’s deteriorating economic situation, Pakistan Peoples Party (PPP) chairman Bilawal Bhutto-Zardari on Wednesday dubbed PM Imran Khan as the “crisis of this century”. Stating that the present PTI regime has failed on all fronts, Bilawal expressed anger over the deal with the International Monetary Fund (IMF), according to News International.

Addressing the National Assembly, Bilawal Bhutto-Zardari said: "There is a crisis in every century and the crisis of this century is Imran Khan... The government's deal with the IMF would have devastating effects on the nation.”

Bilawal stated that the PTI government made a “weak deal” with the IMF and the nation will now not bear the burden of the agreement. It is to mention that the Imran Khan-led government is seeking to pass the Finance Bill 2021 and the State Bank of Pakistan (SBP) Amendment Bill, which are prerequisites to the deal with the IMF. The PPP chairman warned the parliament that the Finance Bill 2021 will bring a “tsunami of inflation” to the country.

Bilawal said that through the proposed bills, PTI seeks to hike taxes on cars, petrol, cycles, motorbikes, mobile phones, internet and other things. Further, referring to the local government poll results in Khyber Pakhtunkhwa, Bilawal went on to say that the PTI lawmakers could not even defend the government’s economic performance in their own constituencies. He stated that the PTI will “soon face a public reaction due to its poor economic policies”.

"You aren't just taxing imported items, but you are also imposing taxes on locally manufactured goods. The government is taxing eggs, poultry, and seeds — this is the economic murder of farmers," he said.

Bilawal added that “never before have such bad economic indicators in the history of the country" been witnessed. He also rejected the SBP Amendment Bill. The PPP chairman said that the government, through the bill, was seeking to make the central bank "answerable to IMF instead of Parliament".

The Pakistani government had introduced the Finance Bill 2021 and the State Bank of Pakistan (SBP) Amendment Bill in Parliament. And now it is yet to begin deliberations on the contentious SBP Amendment Bill 2021, despite the fact that numerous independent economists and analysts have suggested that it needs considerable revisions and amendments before being approved. It is worth mentioning here that Pakistan is currently facing massive financial challenges, as the country's trade imbalance is increasing, inflation is rising, and the government was forced to introduce a mini-budget to raise taxes in order to meet IMF demands.