Pakistan's local news agency reported that agitation of TLP since 2017 has cost the country Rs 35 billion owing to the damage to the properties and businesses. 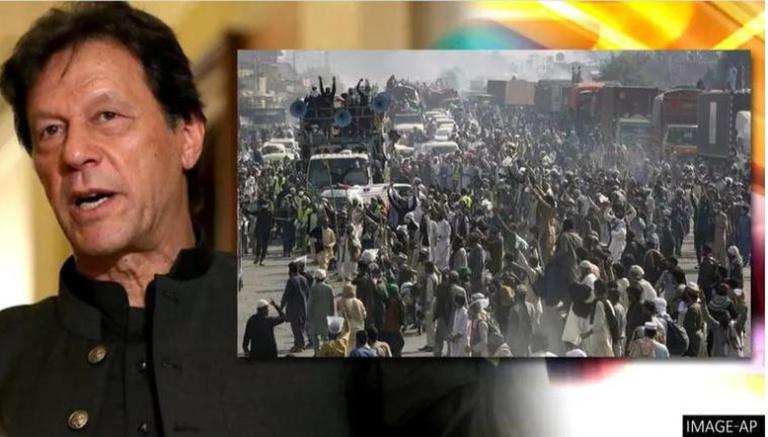 
In the backdrop of prolonged protests by the outlawed Islamist party Tehreek-i-Labbaik Pakistan (TLP), the Special Assistant to the Chief Minister on Information, Hasaan Khawar admitted that Pakistan has been hit drastically due to the agitation. In addition, he claimed that his country has borne a loss of Rs 35 billion to the economy and the ongoing protest and blockade of roads by TLP has incurred an additional loss of Rs 4 billion already.

Reports suggest that the supply of fruits and vegetables to the markets were suspended while food supply and product have been rotting in the trucks. Also, four policemen are reportedly killed and nearly 250 have been sustained injuries in firing by the TLP protestors, as per reports. Amid rising protests, Pakistan's National Security Advisor Moeed Yusuf had said that the proscribed 'TLP has crossed the red line, Geo News reported.

Further, Yusuf said that the TLP has exhausted the government's patience as they have killed policemen, distorted public property and continued to cause massive disruption. On October 30, several policemen suffered injuries in clashes with workers of a banned Islamist group in Lahore. A spokesperson of the TLP said that the proscribed organisation stands by its demands that it will present before the government during the talks.

"Our only demand from day one is the removal of the French ambassador," TLP spokesperson told The News International.  Pakistan's local news agency Dawn reported that agitation of TLP since 2017 has cost Pakistan Rs 35 billion owing to the damage to the properties along with disruption and suspension of business activities.

A committee panel of 12 members has been constituted to act as a negotiator between the Imran Khan-led administration and TLP, who started protesting last week to put pressure on the government to release the party's leader, Hafiz Saad Hussain Rizvi, local media reported. According to Geo News, the Minister of Religious Affairs and Interfaith Harmony, Pir Noor-ul-Haq Qadri, said on Saturday that the panel is in negotiations with both the PTI administration and the leaders of the outlawed group.

The Pakistani minister went on to say that several religious leaders throughout the nation visited Prime Minister Imran Khan and highlighted their willingness to resolve the situation calmly. Qadri further stated PM Khan assured the meeting's attendees that the present administration has always encouraged real and serious discussions, the Pakistani news channel reported.

Qadri also informed that the ulema was assured by the Prime Minister that their recommendations would be addressed, which may spare the nation from bloodshed and violence. “The 12-member committee is in talks with the TLP leadership, and we hope they can move forward (in their negotiations with the proscribed political party),” ANI quoted the minister as saying.