After taking over the country, the Taliban showcased that they would come back with a totally "changed mindset". However, the reality is totally different 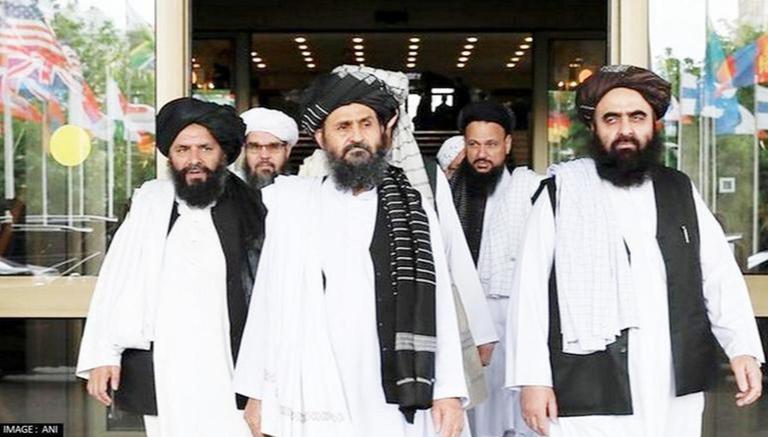 
Taliban's forced takeover of Afghanistan completed 100 days on November 24. Several key promises including, rendering a better life to lakhs of Afghans, upliftment of human rights and betterment of women are yet to be addressed by the extremist organisations. After taking over the country, the Taliban showcased that they would come back with a totally "changed mindset" that believes only in the "development of human beings". They also promised to proffer equal opportunities to women and said the organisation would not use the Afghan soil for any terror activities. Irrespective of their claims, the ground reality tells a different story altogether.

How did Taliban ravage the already war-torn country?

A series of incidents unfolded after the Taliban captured the national capital, Kabul on 15 August, leaving the country's citizens in tatters. The nation further plunged into deeper crisis after the democratically elected president Ashraf Ghani fleed the war-ravaged and debt-ridden country. Subsequently, on 26 August, five days before the United States ended its mission in Afghanistan, two suicide bombers killed over 200 Afghans and other nationals who flocked at the Kabul airport to flee from the country. Despite rising brutality against their own citizens, the extremist group reiterated respecting human rights in the country. They had agreed to form an inclusive government including, ensuring the role of women in the decision-making process. However, irrespective of their claim, it brought hardliners to the forefront of policymaking. They had also promised to respect the work of journalists but the reality is completely opposite.

Violence against Rights activists and protesters in Afghanistan has become a common occurrence after Taliban's takeover. Reports of harassment and brutalities against women activists have started emerging from the country since the very first day of their takeover. On 12 September, Human Rights activist Habibullah Farzad was thrashed brutally by the extremist group. According to the local media reports, the activist was beaten for participating in a protest held by women in Kabul. Earlier in November four human rights activists were reportedly killed by the Taliban. Though the all-men government promised to take actions against the accused, no such major developments were reported after the assassination of women activists.

During an interview with AP, Mullah Nooruddin Turabi who was the chief enforcer of its harsh interpretation of Islamic law when the Taliban last ruled Afghanistan said that the extremists would once again carry out the executions and amputations of limbs, perhaps not in public. "Everyone criticized us for the punishments in the stadium, but we have never said anything about their laws and their punishments,” Turabi told AP, speaking in Kabul. “No one will tell us what our laws should be. We will follow Islam and we will make our laws on the Quran.” As per AP, Turabi, who is now in his 60s was the justice minister and head of the so-called Ministry of Propagation of Virtue and Prevention of Vice or the so-called "religious police" during the previous rule of the extremists in the 1990s.

At that time, most of the punishments took place in Kabul’s sports stadium or on the grounds of the crowded Eid Gah mosque with hundreds of Afghans as spectators. As per the decade-old laws, the executions of convicted murderers were usually carried out by the victim’s family, by a single shot to the head. The victim’s family was even provided with the option of accepting “blood money” and sparing the criminal’s life. For convicted thieves, the punishment involved amputation of a hand. Meanwhile, the ones convicted of highway robbery, a hand and a foot were amputated. Working on the same module, several cases were reported in Afghanistan where the Taliban killed the criminals and then hang the body at the centre of the town, violating their own promises.

After taking over, the Taliban exaggerated that they are completely changed as compared to the earlier regime. The extremist group promised to allow women education and jobs. In spite of fulfilling their promises, the Taliban barred women from educational institutions and working. Since then, women across the country have been protesting against the closure of schools and colleges. Despite that, the terrorist group has not taken any concrete steps to restore their fundamental rights. According to media reports, the "terror organisation" is planning to proffer Afghan women as second-class citizens. Also, Afghan women will be unabatedly suppressed in their own country under the Taliban for the sake of their "monopolised version of Islam".

Earlier in September, Michael Morell, who served as acting Central Intelligence Agency director twice, during an online forum sponsored by the US Attorney's Office, speculated that the Taliban would invite al-Qaida to rebuild its base in Afghanistan. Morell, who had briefed President George W Bush on the 11 September attacks, believed that the Taliban will give a safe haven to al-Qaida in order to target the United States. According to the CIA veteran, who had also briefed President Barack Obama on the intelligence that led to the killing of Osama bin Laden, counterterrorism efforts fall into a pattern in which their abilities could be easily degraded. However, he noted that al-Qaida bounced back as soon as the focus shifted to other terror organisations.