The second edition of the North-East India Festival is going to be held in Bangkok. The event will be inaugurated at Hotel Centara Grand on July 29. 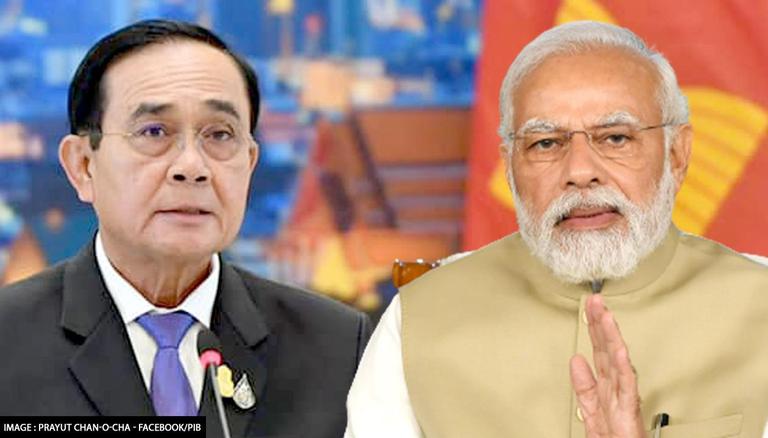 
The second edition of the North-East India Festival is going to be held at Central World in Bangkok from July 29-July 31 in celebration of the 75 years of the ties between India and Thailand. The three-day event will be inaugurated at Hotel Centara Grand in Bangkok on July 29. The North-East India Festival will focus on trade, investment, tourism promotion and exchanges in culture, education and people-to-people connect. India’s North East has had a long standing relationship with Thailand. To celebrate 75th year of India’s diplomatic relations with Thailand, the Second Edition of North East India Festival will be organised in Bangkok.

The three-day event is being organized by the Indian Embassy in Thailand and Trend MMS of India. Dr Rajkumar Ranjan Singh, Union Minister of State for External Affairs (MoS), will be the chief guest at the North-East India Festival. During the festival, an exhibition will be held showcasing various products made by Micro, Small and Medium Enterprises in the North-Eastern States of India. The products manufactured by MSME in North-Eastern states will include agri-products, processed food, handicrafts and light manufacturing, according to the press release issued by the Embassy of India in Thailand. Chief Ministers and other ministers of North-Eastern States along with government officials will participate in the North-East India Festival. Senior dignitaries from Thailand are also expected to attend the Festival.

After the grand success of 2019, the 2nd Edition of North East India Festival is back in Thailand.

Tourism B2B meeting & academic seminar to be organized during festival

A large number of artists, including musicians, dancers, craftsmen, business people, tour operators and academicians from the North Eastern States are expected to participate in the Festival. Tourism Business to Business meeting and Trade meeting will be held on July 30, to increase awareness of tourism, trade and investment opportunities in the North-Eastern states of India. An academic seminar on the historical connection between North-East India and South East Asia is going to be held on July 31, which will have the participation of scholars, students and historians of both regions, according to the press release issued by the Embassy of India in Thailand.

Mr. Shyamkanu Mahanta, the Chief Organiser of the programme informed that unprecedented support from various State Govts and business community and Indian Embassy, Thailand has helped in creating a large platform which is expected to create new vistas of opportunity in trade and tourism. He also informed that a People to People exchange programme is organized to focus on Tai culture and shared history between both the region. The session will be attended by prominent Thai scholars, historians, Tai experts from Ahom, Khamti, phake community will present the tai migration and history of the community. We propose to focus on a tai tourism circuits of upper Assam Tai ahom historical monuments, Tai phake village, Tai khamti areas of Arunachal Pradesh. More than 400 delegates are travelling to Bangkok to participate in the Festival, considered biggest ever programme outside, specially in South East Asia.

Artists will present some of the dance forms of North-East India at the Festival during July 30-July 31 in Central World, Bangkok. Notably, the first edition of the North-East Festival was organized in Bangkok in February 2019 which opened business opportunities in tourism and other sectors. Prime Minister of India, Shri Narendra Modi during his town hall address in Bangkok in 2019 opined that this is the first time ever North East India Festival is organized outside India to create awareness between both the regions. Taking to Twitter, Meghalaya Chief Minister Conrad Sangma said that the North-East India Festival will celebrate 75 years of relations between India and Thailand.

Come join us as we proudly showcase our North East & open new avenues for this beautiful unexplored paradise of India@PMOIndia @kishanreddybjp pic.twitter.com/dRijAmqpDQ

India and Thailand share a maritime boundary in the Thailand and history, social and cultural interactions and people to people connect are the foundation of their bilateral ties. Thailand and India have shared connection to Buddhism and many Thai people make pilgrimage visits to India, according to the statement of External Affairs Ministry. Both the nations have worked closely in the Bay of Bengal Initiative for Multisectoral Technical and Economic Cooperation (BIMSTEC), East Asia Summit (EAS), ASEAN, Asia Cooperation Dialogue (ACD), Indian Ocean Rim Association (IORA) and Ayeyawady-Chao Phraya-Mekong Economic Cooperation Strategy (ACMECS).