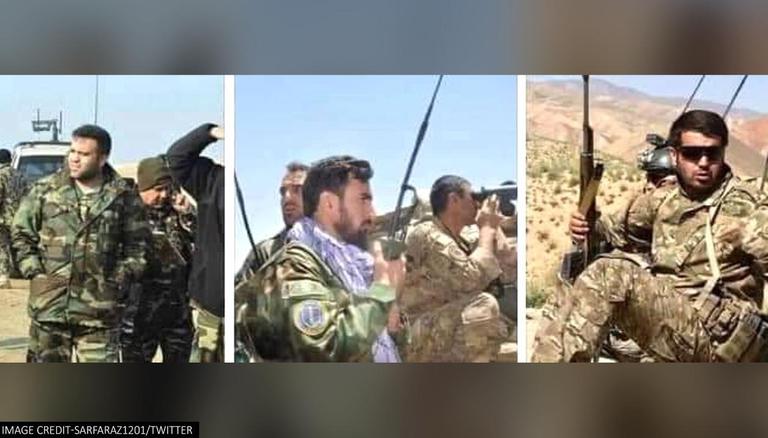 
With a request to all 'friends' for support, Afghan commando Sarfaraz on Thursday arrived in Panjshir to intensify 'RESISTANCE 2.0'. Along with the Commando General Hasib Panjshiri, General Hamid Saifi, Commander Khalid Amiri has also reached the country's Panjishir district to join Amrullah Saleh who he referred to as the 'leader'. Earlier, the Commando of Homeland Security under the Ministry of Defense had said that he and his team will do 'whatever' needed to fight the Taliban who has taken over Kabul.

Sarfaraz has also added that he will be providing more updates soon.

Arrived in Panjshir. Am glad to see a lot of great commanders. General Hasib Panjshiri, General Hamid Saifi, Commander Khalid Amiri are here. I will be providing updates soon. @AmrullahSaleh2 is our leader. I request all our friends to join us.

RESISTANCE2.0 IS A MUST. pic.twitter.com/M1dWK45qSE

Earlier today, National Resistance Front of Afghanistan leader Ahmad Massoud had urged the Western nations to supply arms and ammunition. He is the son of late Afghan politician and military commander Ahmad Shah Massoud who is revered for his heroic fight against the Taliban. Tragically, he was assassinated by suicide bombers on September 9, 2001, two days before the 9/11 terror attack.

After Amrullah Saleh came forward to claim that he is the 'legitimate caretaker President' of the South Asian country, he received support from Commando Sarfaraz and his team. Taking to his official Twitter handle, he pointed out that he had a detailed discussion with his teammates, after which they concluded that they would be joining  Amrullah Saleh, who he referred to as the former Vice President and present President of Afghanistan in the country's Panjishir district. The support of the Commando and his team came at a time when the Taliban is chalking out a plan with the Afghan government council for a peaceful transfer of power.

On August 17, Amrullah Saleh highlighted the Constitution of Afghanistan, as per which in case of absence, escape, resignation, or death of the serving President, the Vice President becomes the caretaker President. "I am currently inside my country and am the legitimate caretaker President," Saleh wrote, reaching out to all leaders to secure their support and consensus. Meanwhile, an audio clip accessed by the Republic TV exclusively showed Amrullah Saleh who proclaimed himself as the "caretaker" President of Afghanistan after Ashraf Ghani fled the country.

Promising to continue the resistance against the brutal Taliban regime, he requested people to not obey the orders of the terror outfit. Republic TV has learned that the training of the commandos to fight the Taliban has begun in the higher reaches of Panjshir valley. A day earlier, Taliban deputy leader Sirajuddin Haqqani's younger brother Anas Haqqani called on former Afghanistan president Ashraf Ghani and other politicians as the impasse over the formation of a new government persist.