Reports from the ground indicate that the Taliban government in Afghanistan has restricted women's rights that had been earned in the last 20 years. 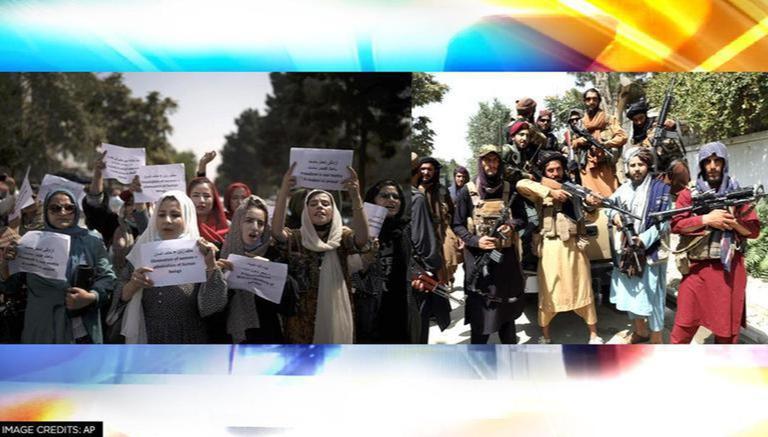 
Afghan female athletes, whose aspirations of competing at an international level have come to an end, say the country's political turmoil after the Taliban's takeover has left them with just one thing to cling to-- hope.

"It was very painful. Everything has changed with the political change. Our only hope right now is to survive. Our future, as athletes, is unknown," American broadcaster Voice of America cited said Homaira Barakzai, the captain of Afghanistan's national handball team, who was unable to compete in the Asian Women's Handball Championship, as saying. The games were held in Jordan's capital, Amman, last month.

After regaining control in mid-August, reports from the ground indicate that the Taliban has restricted women's rights that had been earned in the last 20 years. Women were apparently subjected to a number of restrictions, including a prohibition on women's sports.

Human Rights Watch (HRW) noted earlier this month that the Taliban's traditional approach to women's and girls' rights remained virtually unaltered. Women journalists were fired from state media, according to the rights group, and women were advised to stay at home for their own safety.

The Taliban banned women's sports, removed the mechanism to protect women from assault, and abolished the Ministry of Women's Affairs, according to Human Rights Watch. The Taliban's prohibition on women's sports is extremely disheartening, according to Mashhed Barez, a member of Afghanistan's national handball team.

"If someone thinks that the Taliban have changed, they are mistaken. The Taliban want people to live in poverty and misery," said Barez, VOA reported.

The Taliban prevented female employees from entering Kabul's Ministry of Women Affairs last month, allowing only males to enter. Moreover, according to the Taliban's interim administration, women are only allowed to work and study if they follow Islamic laws.

Meanwhile, Afghan women activists have been protesting in various regions of the country over the past month. They have been demanding equal rights for themselves and want to be included in decision-making in the Taliban-led government. They've also urged that their fundamental rights to liberty and equality be safeguarded.

It's worth noting that, after seizing control of Afghanistan and announcing an interim government, the Taliban is battling to acquire international recognition. Experts believe that these recent developments are similar to the ultraconservative Islamic regime that saw regular stoning, amputations and public executions during Taliban rule before the US-led invasion that followed the 11 September  2001 terror attacks.