Gaisu Yari, Commissioner in The Independent Administrative Reform And Civil Service Commission (IARCSC), Afghanistan has managed to flee the country 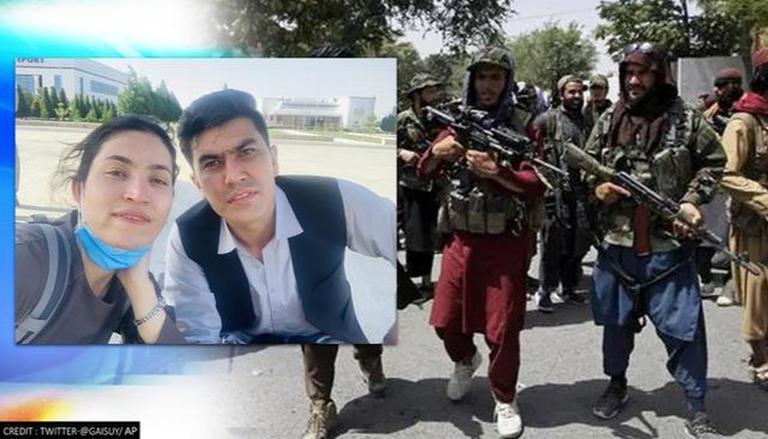 
As the Taliban has taken over Afghanistan, thousands of people rushed to the Kabul airport to leave the country. Gaisu Yari, Commissioner in The Independent Administrative Reform And Civil Service Commission (IARCSC), Afghanistan too has managed to move out of the country safely. She has shared her experience about how she left the country and expressed concern for others who were left behind.

Gaisu Yari has shared a picture of herself on Twitter and mentioned about her exit. She further expressed concerns about others.

Without food and sleep for two nights, we left the country. We are safe but what happens to others? More to share on how Taliban were beating people on the street at 2am. pic.twitter.com/U0u9k19gfL

In another tweet, she informed that about her struggles to stay safe and hidden from the Taliban.

Second day of Taliban in Kabul, I was hidden in West of Kabul but only could leave at nights. pic.twitter.com/U30jXtKmRi

Yari also shared a video of her office and expressed disappointment at how the Taliban had dented her efforts. "My office, the office I spent so much energy to work for the civil service of Afghanistan and made sure to increase women up to 30%. They destroyed the system. They destroyed my future hope," she wrote.

Gaisu Yari is one of the thousands of people who fled the country, fearing the return of the Taliban's brutal rule. She is also a writer, an active speaker and a human rights activist in the Middle East who focuses more on Afghanistan.

As the Taliban has seized power in Afghanistan, women of the country fear for their future. From 1996 to 2001, the Taliban ruled Afghanistan, they had imposed harsh restrictions for residents. Back then, women were not allowed to step out without male relatives and had to cover their faces. They were not allowed to study or work outside the office.

Taliban re-conquered Afghanistan before the complete withdrawal of US troops from the war-torn country. On August 15, the Taliban took over Afghanistan as they captured the country's capital, Kabul. On Sunday, several government officials and legislators, including President Ashraf Ghani, fled the country, leaving the country's civilians at their fate. To escape the Taliban, panic and chaotic scenes were witnessed at Kabul's Hamid Karzai International Airport.